Home
Europe
My Experience in Mostar, Bosnia and Herzegovina 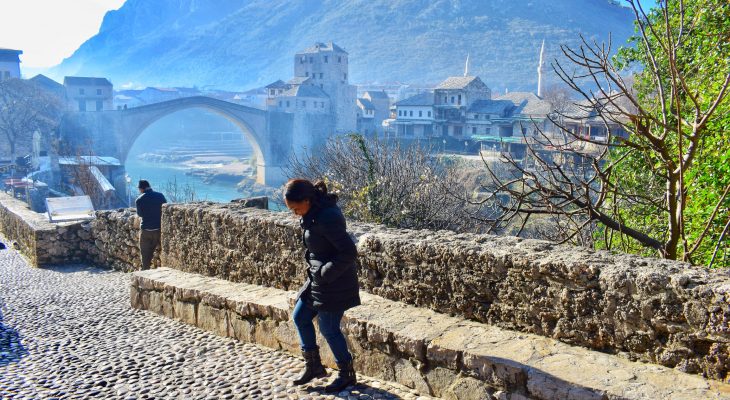 Mostar is a charming city located in the south of Bosnia and Herzegovina. It is popular for its iconic bridge known as Stari Most, a 16th century Ottoman-style bridge that connects the two sides of the city. The Old Bridge was destroyed in 1990 during the Bosnian war, however it was rebuilt in 2004 with the contribution of the international scientific committee established by UNESCO.

I joined the early morning train from Sarajevo to spend the day in Mostar. The duration of the train ride was 2 hours and this service cost 7euros.

Buses are also available from Sarajevo to Mostar and the road trip takes approximately 2 hours, 30 minutes. You can purchase tickets for both the train and bus service at the station located right next to each other.

While in Mostar, I visited the iconic old bridge, explored the old city on foot, and indulged in some shopping at some stores near the bridge.

I enjoyed lunch at Sadrvan Restaurant and dinner at Restoran Divan, a beautiful restaurant that offers one of the best views of the city at night.

Where to stay: I was traveling to Kotor, Montenegro the next day and so I stayed at the newly opened Starmo Hostel a beautifully designed Bed & Breakfast located near the old town. I recommend staying at this property especially if you are traveling with a group of friends. The service was superb, the property was clean, beautifully furnished, and very affordable.

You should definitely make a stop in Mostar when traveling within the region. Do not miss a trip to Blagaj Tekke.

The Leaning Tower of Pisa is a bell tower of the cathedral of Pisa in Italy. As the name …
Read More