Home
Africa
Visiting Rwanda: What You Should Know 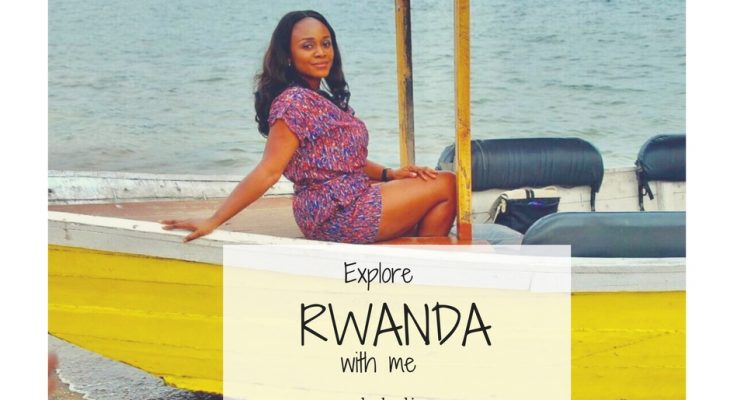 When I landed Kigali City the capital of Rwanda, it was love at first sight. I had a remarkable experience on board RwandAir and the city even intrigued me more.

First thing I noticed was how clean and peaceful the city was. It was astonishing to see how this country was rebuilt after suffering a major setback in 1994 when no fewer than 1 million Rwandans (mostly Tutsis) were massacred in a space of 100 days. There has been tremendous progress so far and I do recommend a stop at Kigali to anyone planning a trip to East Africa.

The most important aspect of your trip to Rwanda should involve visits to various Genocide Memorials. To understand the history of Rwandans as well as appreciate their journey and struggles, I recommend you make this one of the first things you do when you visit Kigali.

I had a few days to explore the City of Kigali and Gisenyi, and here are some of the things I did within the time I had to spend there.

1. My Visit to the Genocide Memorials.

Kigali Genocide Memorial is the final resting place of over 250,000 victims of the genocide against the Tutsis that occurred in 1994. The museum exhibits a comprehensive history of the tragic event that occurred in Rwanda as well as personal accounts of some of the victims of the massacre. It includes an archive, burial gardens, a souvenir shop, a cafe and the Wall of Names Memorial. It is estimated that not less than 80% of Rwandans were directly affected by this mayhem. 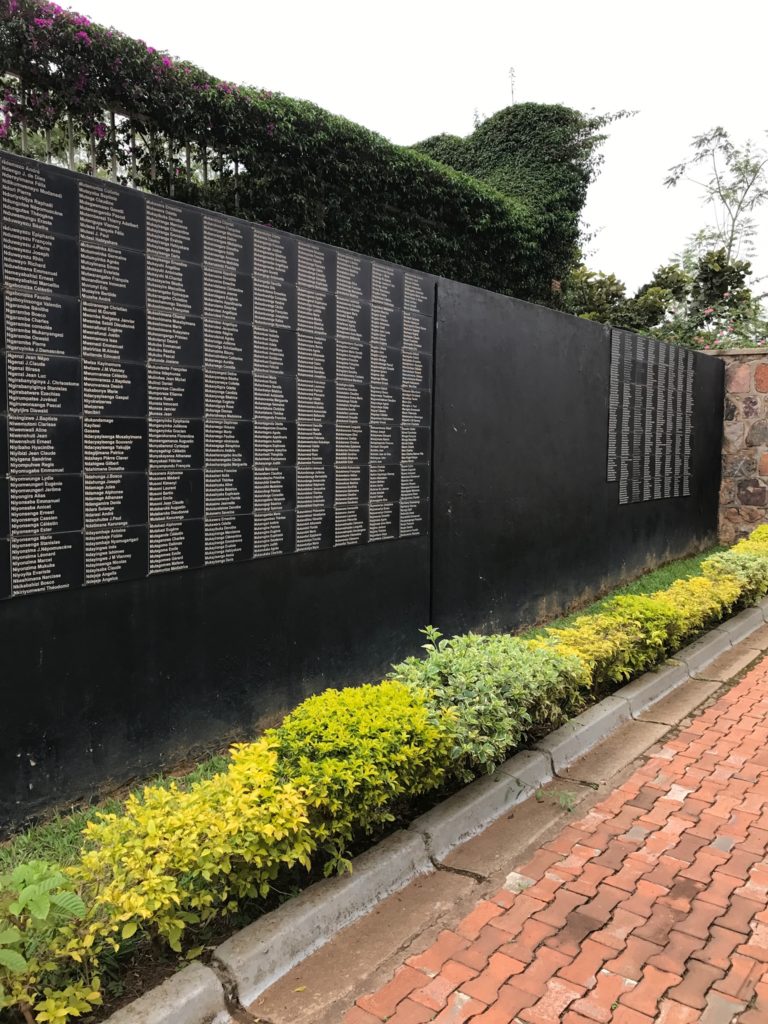 The journey through the museum is quite intense and emotional so be prepared. Visitors are encouraged to pay tribute to the victims. You can purchase a rose from the souvenir shop for RWF1,000 (less than $2) and drop on the mass graves in the garden. 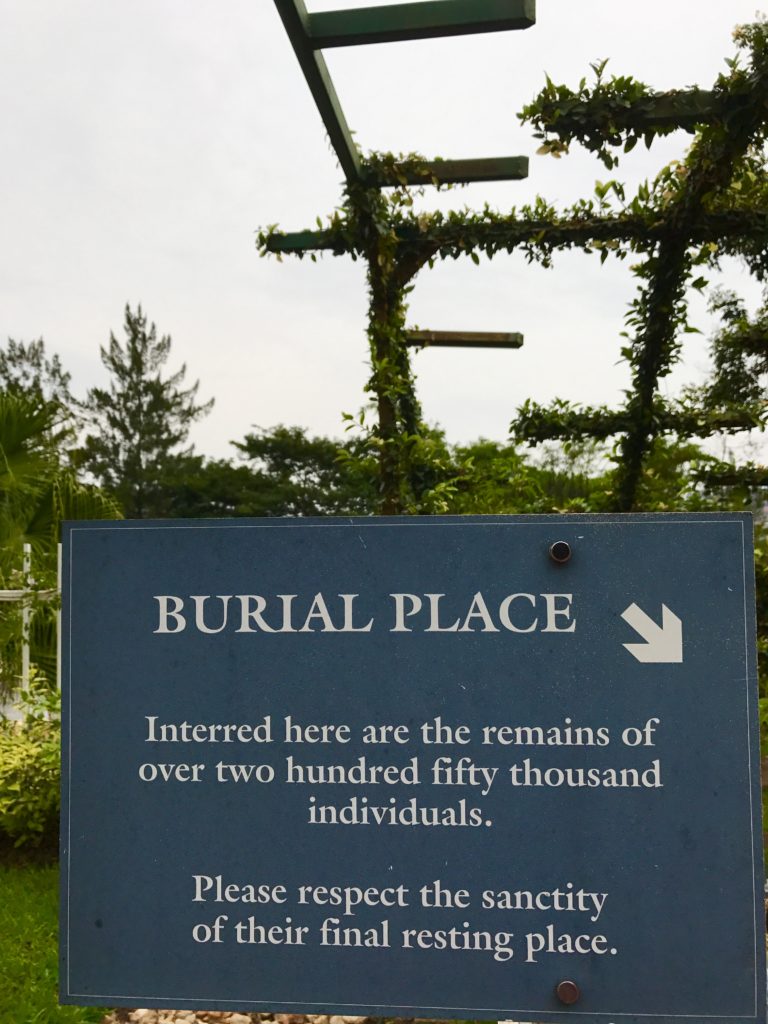 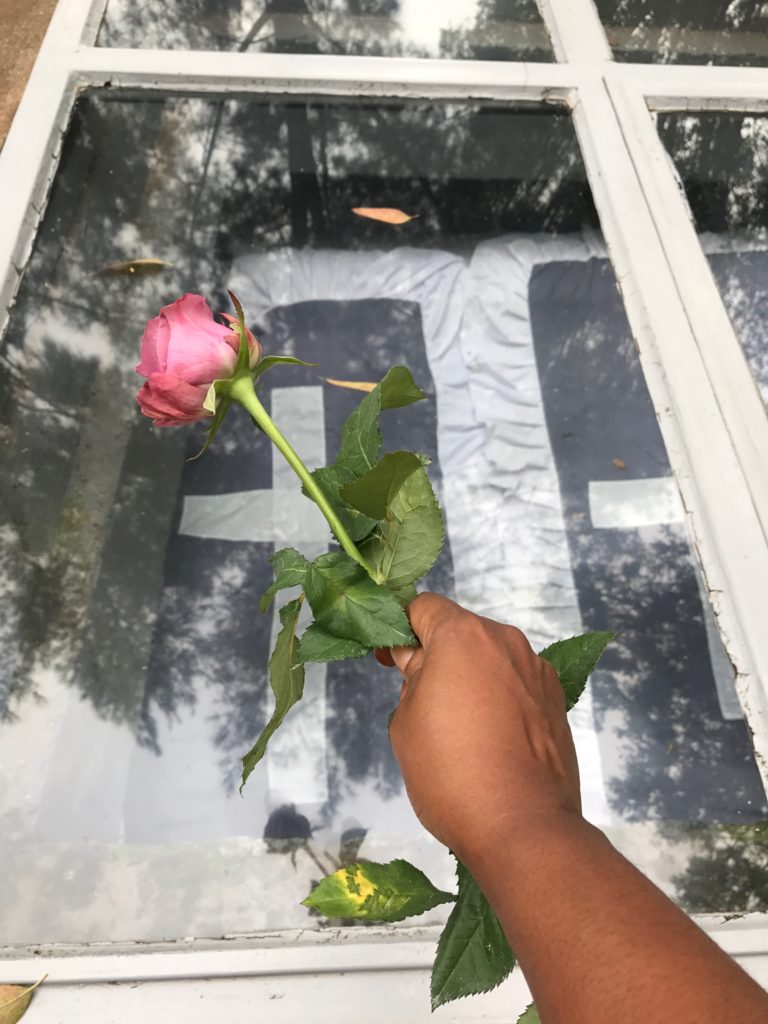 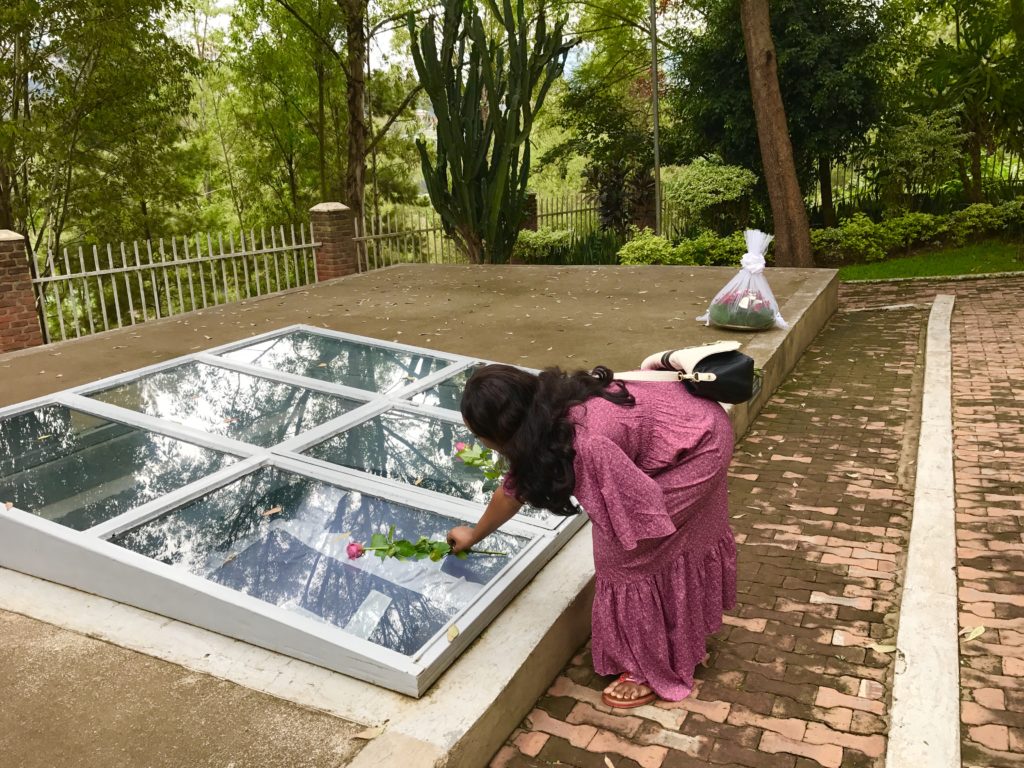 Entry is free but you are encouraged to make a willful donation in any currency. Photos can only be taken inside the museum at a fee which is $100 for professionals, $20 for adults, and $10 for students and residents. However, photos can be taken outside the museum for free.

Over 5,000 people who gathered for safety in Ntarama Church were killed. Some were burnt to death while others were shot or cut with machetes. 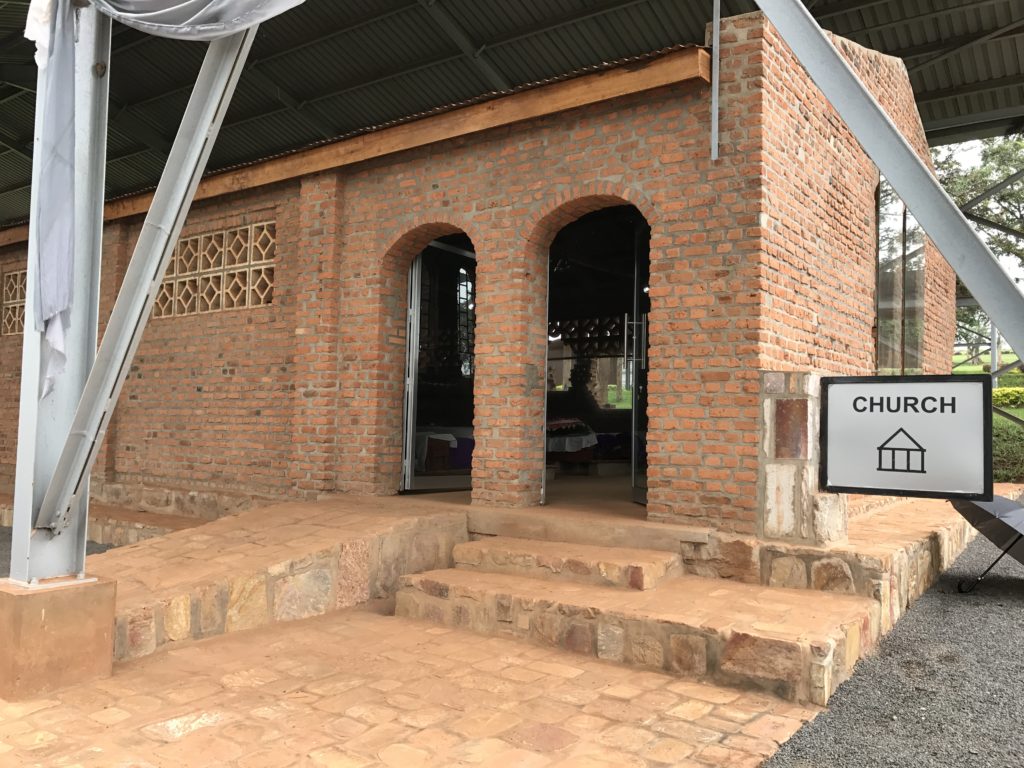 Lina (my tour buddy) and I met with Michael Beyerlein (German) and his wife (Rwandan) who were shooting a documentary at the memorial. Mrs Beyerlein who experienced the massacre where she lost immediate family members described the genocide as a very tragic one and the healing process gradual. She said forgiveness was the sure path to complete healing. 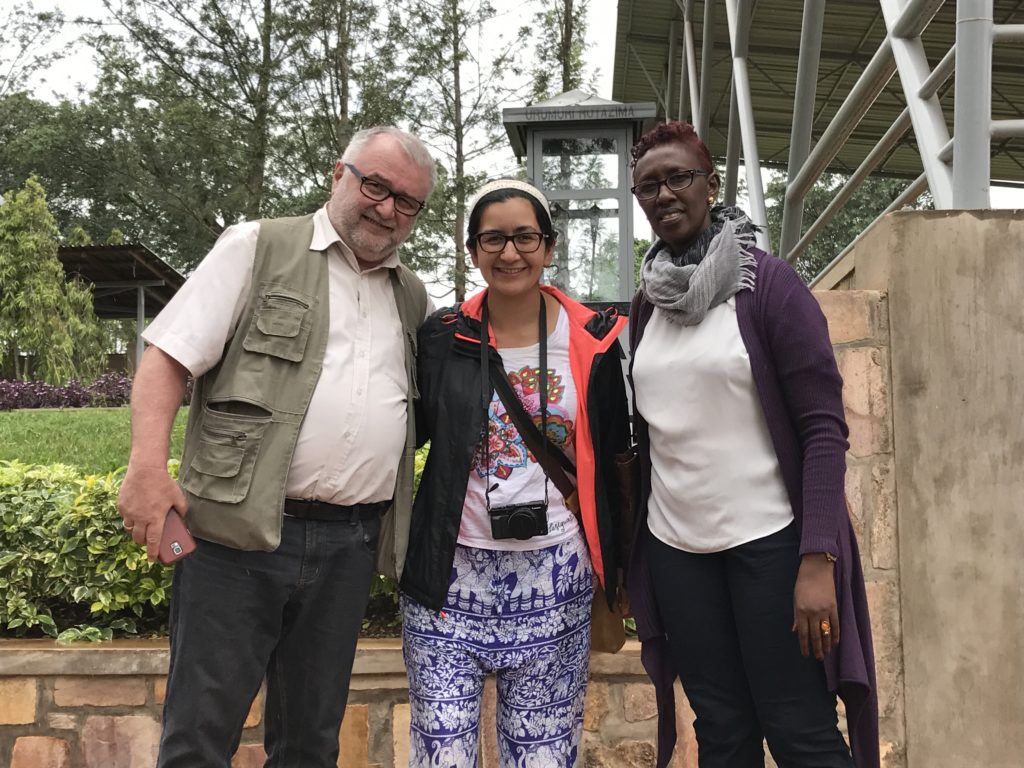 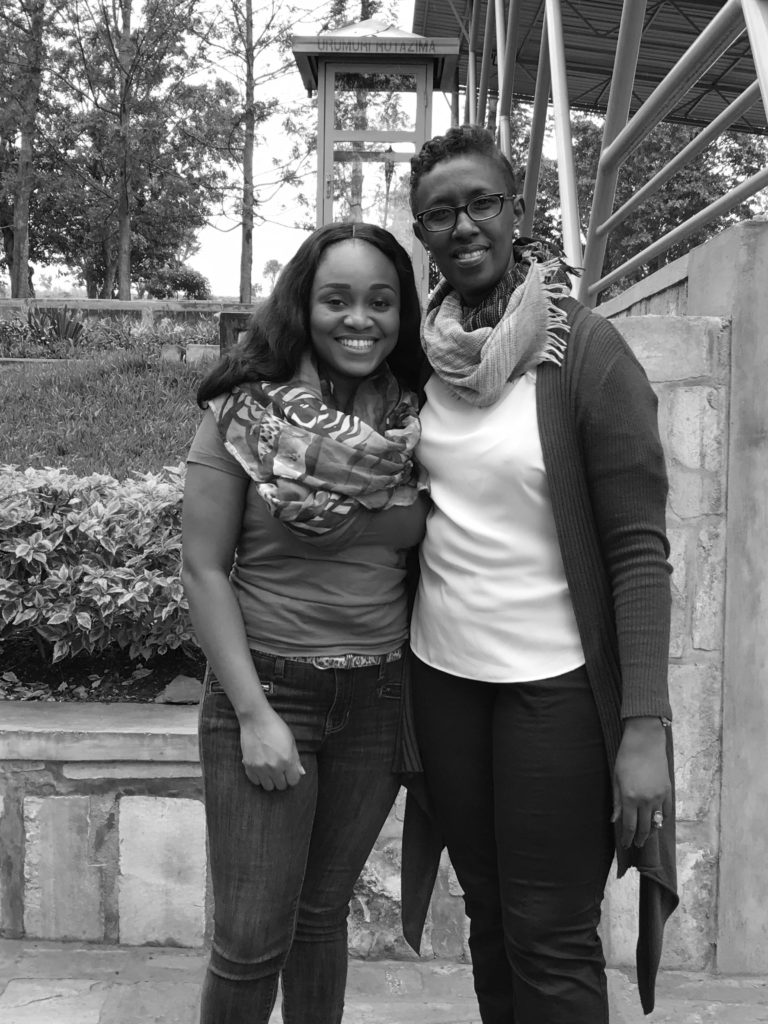 Nyamata Genocide Memorial which was a bigger church was even worse. I have never seen so many human bones and skulls in my life. The church still had walls and altar clothes stained with the blood of victims, bullet holes were visible and the skulls of most of the victims were exhibited (you could see from their scars how they died). 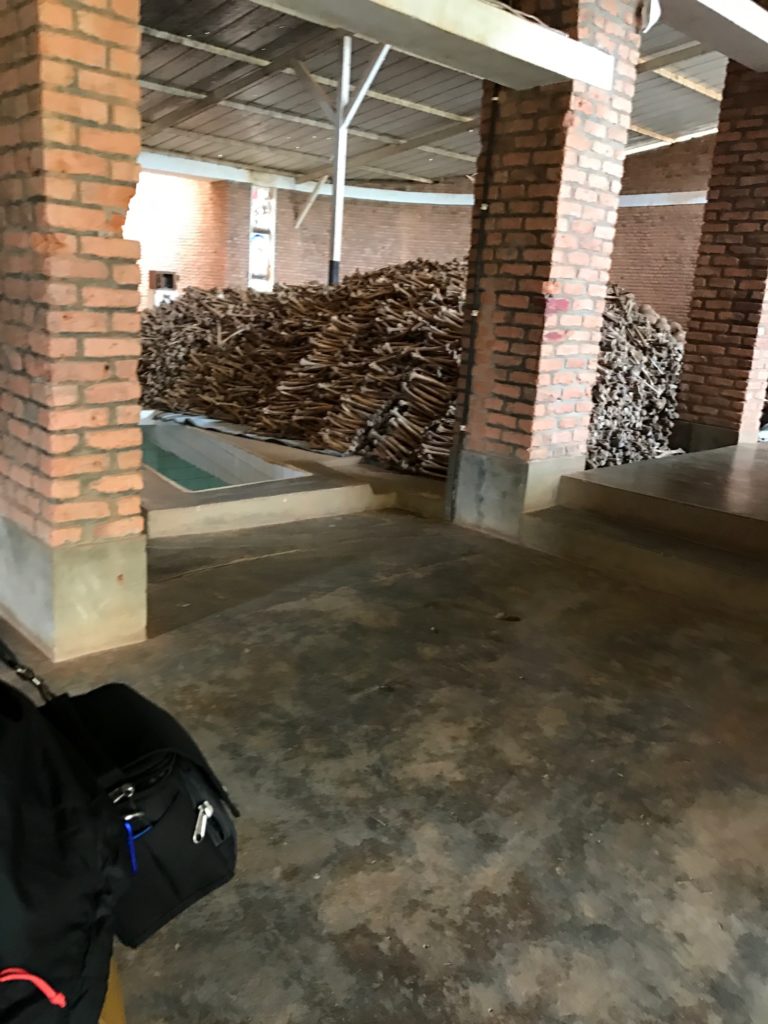 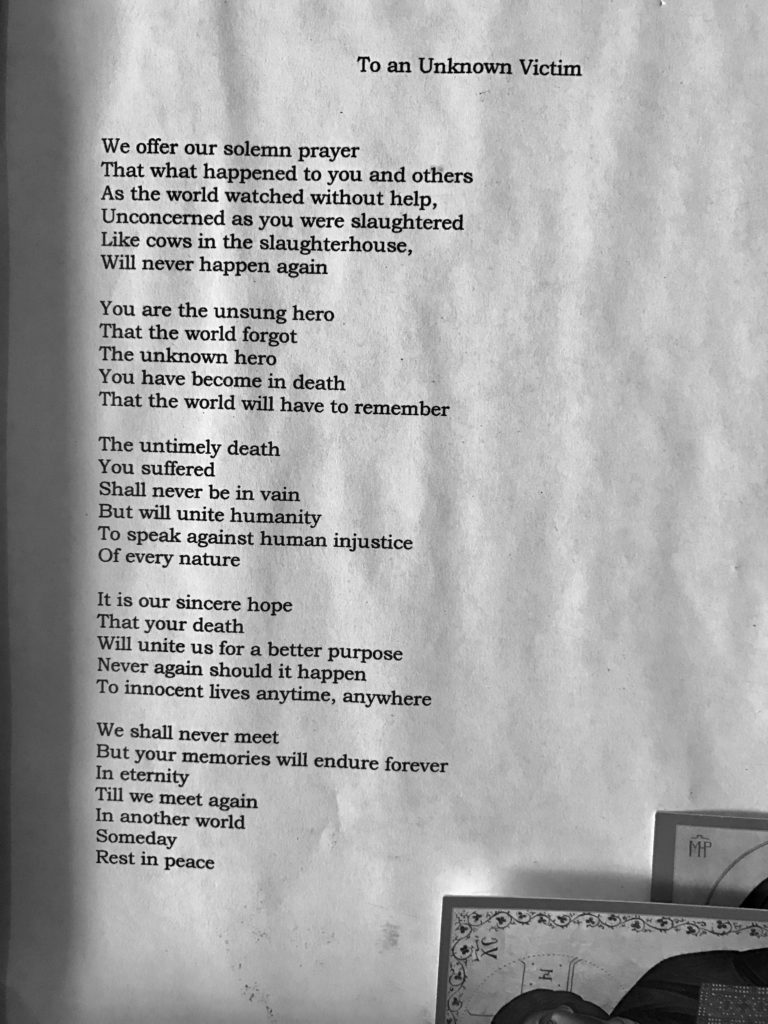 It is estimated that over 10,000 people were murdered here and more in the neighboring community. The Memorial is the final resting place of 50,000 victims from the area.

The last memorial we visited was the Belgian Peacekeeper’s Memorial (located in the main city- Downtown Kigali), a memorial to 10 Belgian soldiers killed in the genocide. 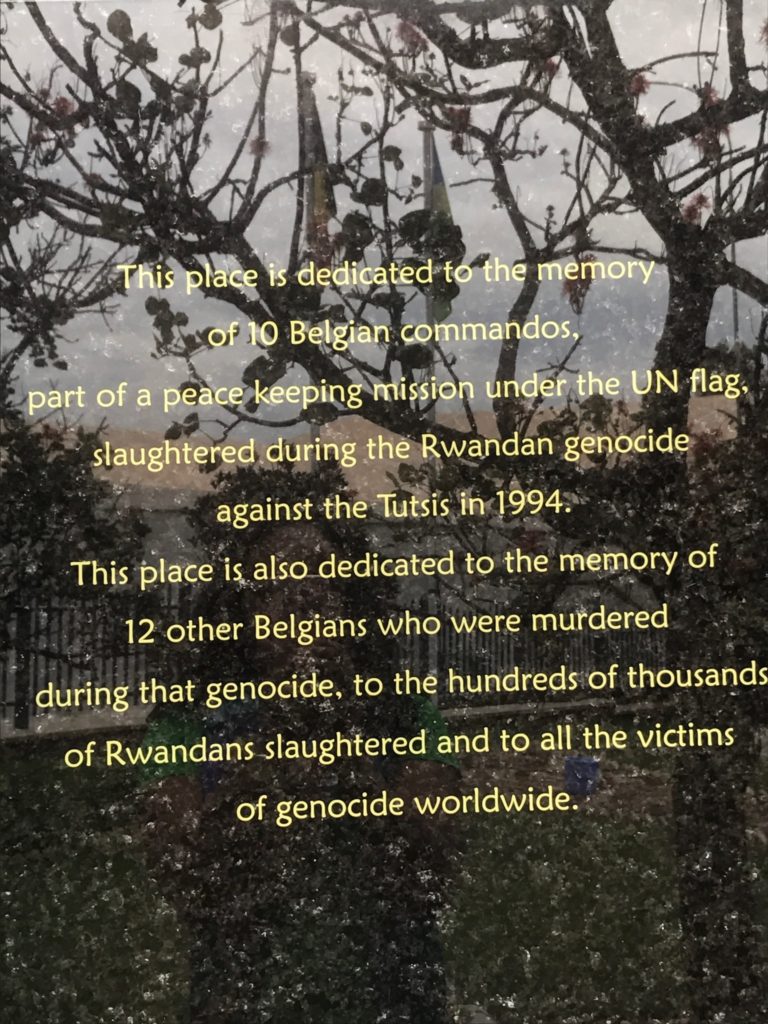 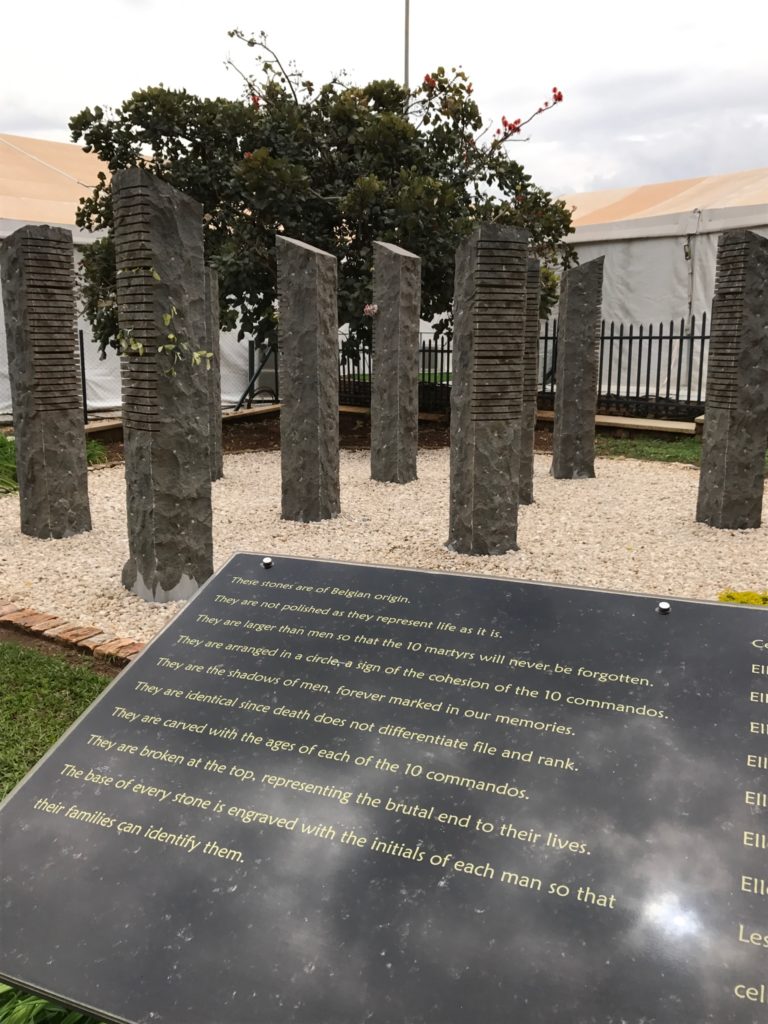 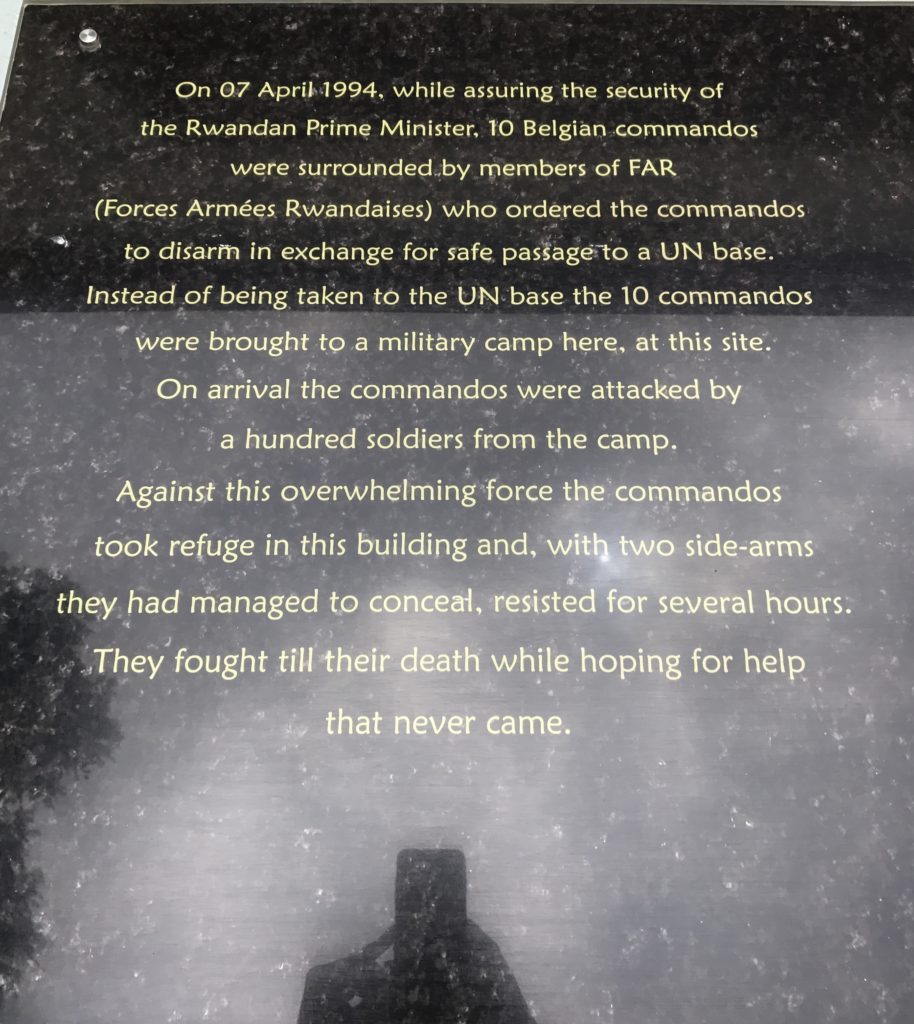 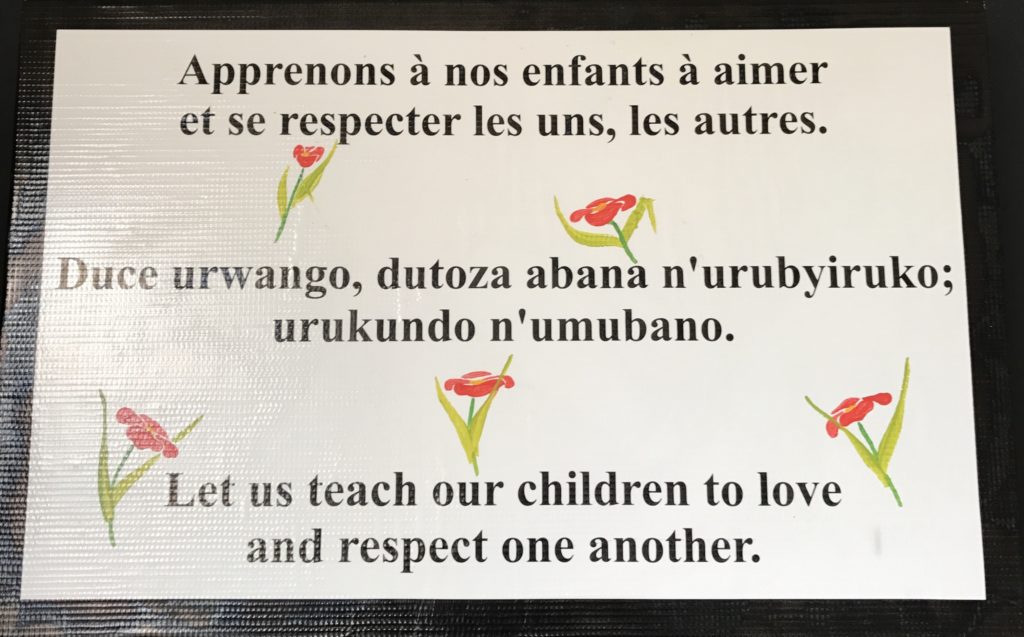 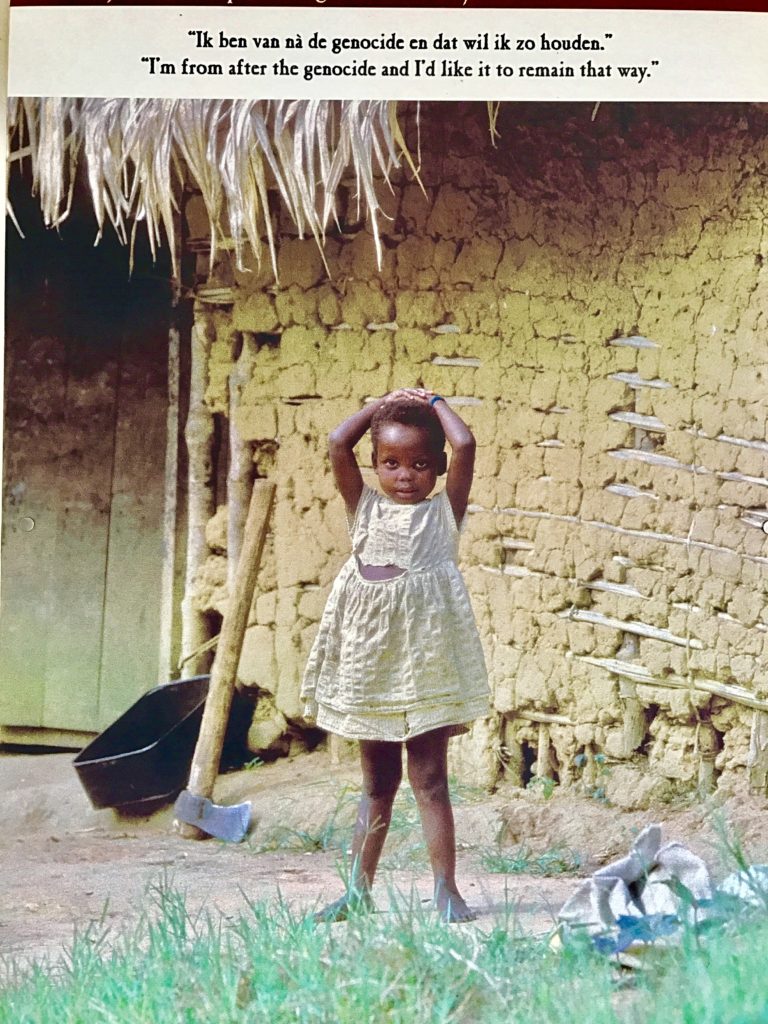 After my visit to the Belgian Memorial, I needed to catch up with some refreshing activities in the city, so I started with a tour of Nyamirambo neighborhood- the oldest part of Kigali.

The Nyamirambo Women’s Center Tour which provides an income to help maintain and improve the Center’s educational and Women Empowerment activities is recommended for anyone visiting the city.
I connected with new friends and we met people from the local community, learned about their history/culture and had lunch prepared for us at a local’s residence. 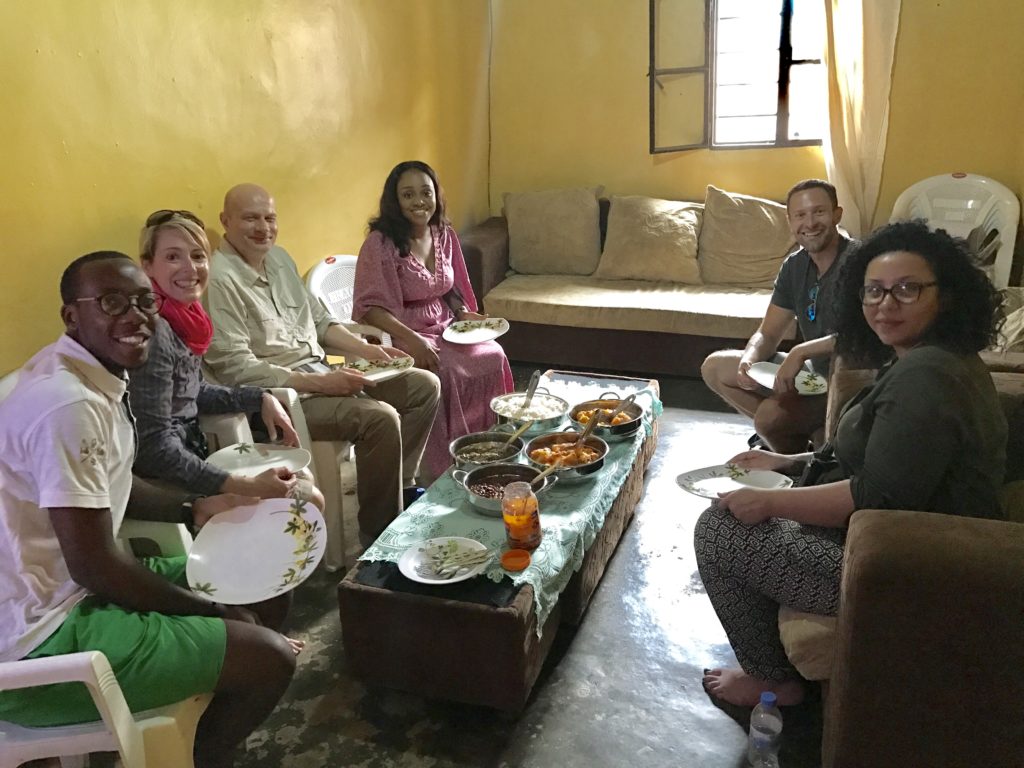 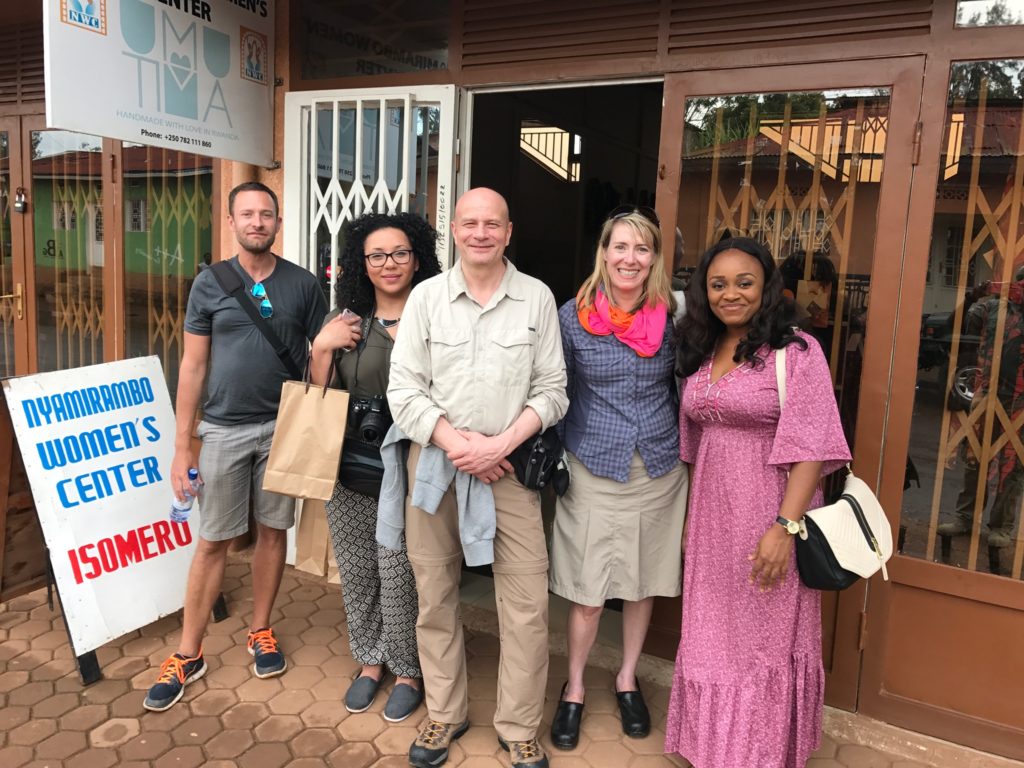 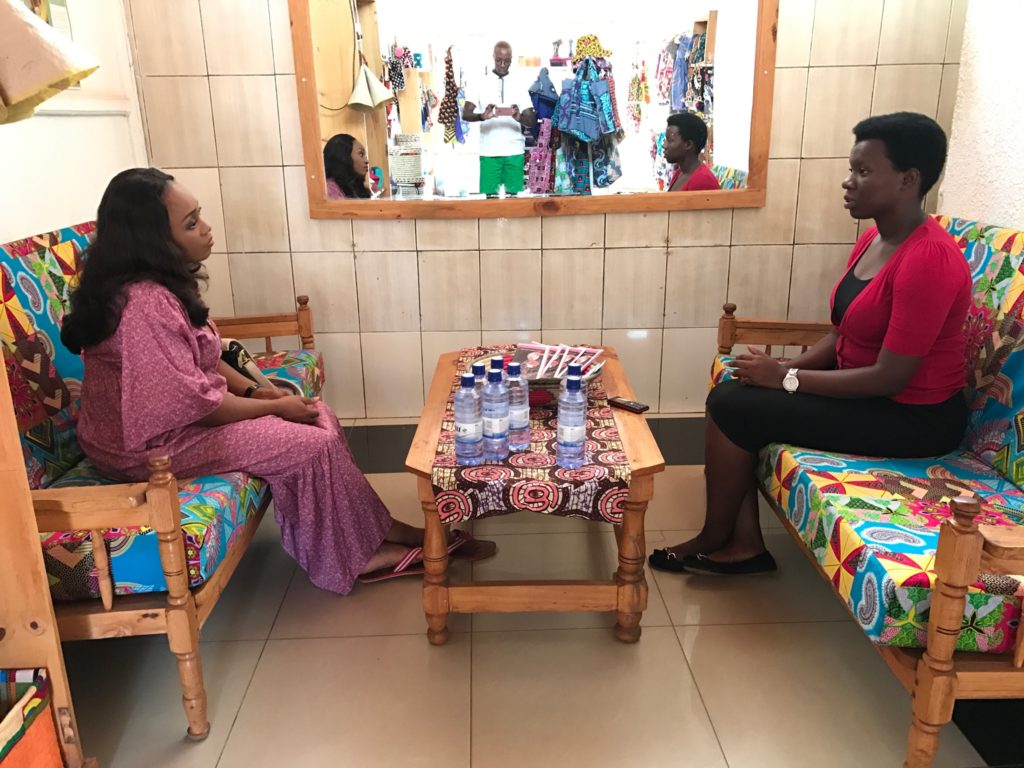 I also learned some words in Kinyarwanda:

For more information on this walking tour, see here.

The 3 hour road trip from Kigali to Gisenyi (Rwanda’s biggest beach resort/border city) was such a rewarding experience. The drive up the picturesque mountains was absolutely breathtaking.

Rwanda’s speed limits are very low and the laws are particularly strict regarding traffic offences. Rwandans are also very obedient because drivers drive really slow and careful too. 🙂

While in Rubavu, I took a tour of Lake Kivu on a local boat and visited the Healing Hot Springs of Nyamyumba generally believed to have healing benefits for various ailments. Locals and tourists flock the hot springs to bath in the water, drink from it, get a body massage and cook meals such as boiled eggs and potatoes in the water.

Where to hang out:

Coffee Calafia is a great spot by the lake to enjoy good coffee and drinks. 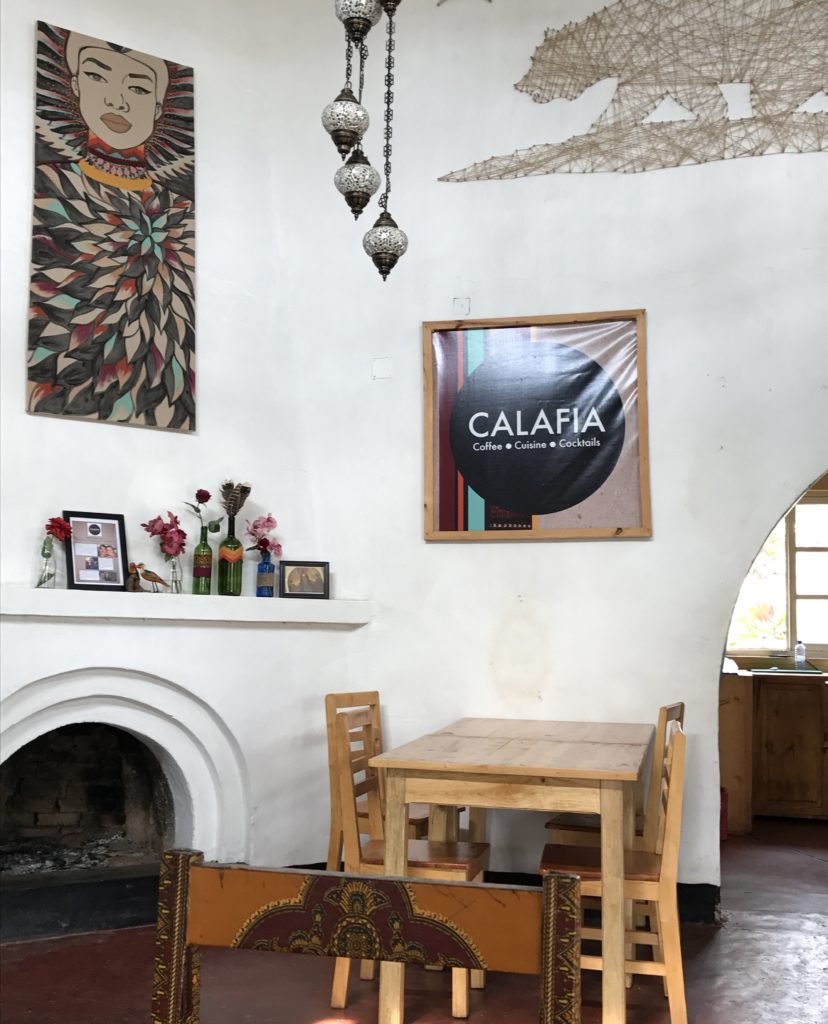 Other activities in Rubavu:

Other places to explore in Lake Kivu:

5. Other places to see in Rwanda

Here, visitors can take a tour of the lakes and caves, go hiking on the volcanoes and visit the gorillas. The gorilla permit costs $400 in Congo (DRC), $750 in Rwanda and $600 in Uganda.

Find out how to book gorilla permits here

6. What you should know before visiting Rwanda;