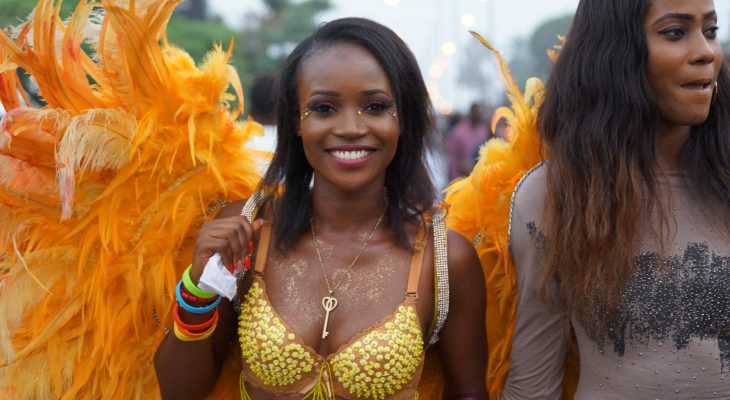 I wanted to experience something different from the usual Christmas activities where I visit my hometown and spend time reuniting with family and friends. I decided to be adventurous and experience for myself the popular ‘Calabar Carnival’. It was definitely the best Christmas holiday decision I made.

The Carnival was on 28th December, 2015 and I was booked to depart on December 27th. I packed my bags and was ready for my trip from Lagos, Nigeria to the City of Calabar, Cross River State, Nigeria. The airport was rowdy which was expected because of the season. I reunited with some friends who were also traveling to Calabar for the carnival. My flight was on time and I arrived the beautiful City Of Calabar. It was everything I thought it would be. I heard many beautiful stories about the carnival, the city, the food and the people and I was eager to see things for myself.

They had a Bikers Carnival that afternoon led by the Governor of Cross River State. The stunts started around 3pm. I thought it was a really dangerous way of life but the bikers appeared to know what they were doing.

My highlight of the bikers Carnival was a guy with a predator helmet. I thought it was amazing; it brought back memories of The Predator movie (that movie scared me…lol). The Bikers Carnival ended at about 7pm.

I reunited with some old school mates and acquaintances and we were hosted to an amazing night with great food and entertainment by a live band. The next day was the main event. It started with the Governor’s band leading the parade. The streets of Calabar were crowded with people from all over the world who came to experience this colourful event. I got to know the names of the bands. The Passion Four Band (they have the most beautiful girls), The Masta Blasta (they have the tallest girls and guys), The Freedom Band, Bayside and Seagull Band.

There were 4 judging points where these bands would stop for a while and display. The theme for the 2015 Carnival was in support of the 2015 UN Sustainable Development Goals – Climate Change.

The Carnival ended at midnight and it was amazing to see how clean the littered streets were in the morning. This was impressive. This Carnival takes place same time every year. I felt safe and would definitely recommend this experience.

Below are pictures that can tell my story.

Article contributed by Tonia Okonta (Tonia is an explorer. She is a beautiful young lady who isn’t afraid to live the life of her dreams)

So, I had gone to ‘obodoobama’ (the USA) for a weird vacation and was on my way back …
Read More

Every mom needs a break and I got mine. I took time off work, left the kids with …
Read More