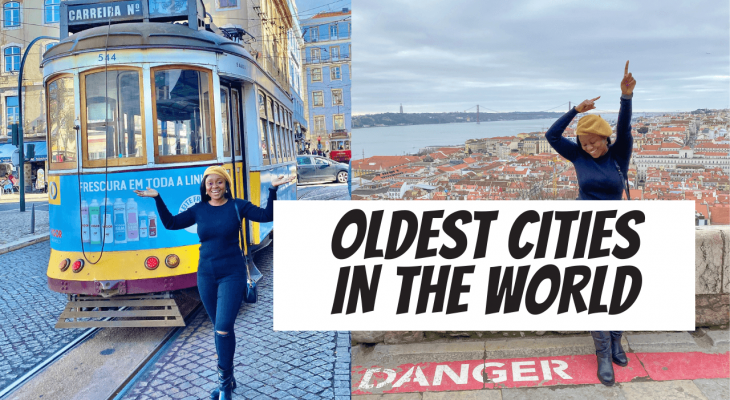 The world has been in existence for a long time. As the world evolved, places that initially existed as settlements have developed to become countries that are today buzzing with peculiar attractions that are also a tourist delight.

So would you prefer, to visit the new or explore the old?

Here are 9 oldest countries in the world that are also a tourist delight:

Believed to be the oldest country in the world, San Marino was founded in 301 century BC, although it was recognized as an independent country in 1631 AD by the Pope.  San Marino is a country landlocked completely by Italy and it is famous for its mountainous feature.

While in San Marino you should visit the Dogana Falciano, a vibrant town well known for its tourism potential.

Traced back to 843 century CE at the time of the separation of the Charlemagne’s Holy Roman Empire which resulted in the splitting of ancient France into three parts, France is indisputably one of the most beautiful countries in the world.

A visit to France promises to be spectacular and worth every penny spent on the road. While in France, you should visit Paris and the French Riviera.

The history of China can be traced to the existence of the Shang dynasty(11th – 17th century BCE) which was believed to be mythical until the remains of the bronze age were found during an excavation. China makes up one of the oldest countries in the world and it is also every tourist’s delight

Japan has claims of being founded in 660 century BCE by a mythical king, Emperor Jimmu who is also believed to be a direct descendant of the sun goddess Amaterasu. However, Japan is also said to have existed since the 3rd Century CE according to the evidence of a Chinese chronicle written at the time.

Still, Japan is one of the oldest countries in the world that has developed to be one of the world’s major technology, service, finance, tourism, and industrial centers.

Although Portugal’s founding date is unclear, Portugal’s famous architecture and magnificent edifices still standing today are proof that the country is really old. Most of its buildings and structures date back to 1143, which is truly a long time. You should not miss exploring Lisbon, Sintra, Porto, and Madeira which are some of Portugal’s delights.

See my first impressions of Lisbon, Portugal in this video.

Greece which dates back to 800BCE has advanced in arts, culture, lifestyle, technology, and tourism; key components that make this country an answer to every tourist’s dream of having a perfect vacation.

Prehistoric Greece laid the foundation for classical Greece which was an era in which most of Greece’s wealth and affluence was made.

Greece has lots of tourist attractions, Meteoro, Parthenon, Athens, Santorini, and Mykonos are some of them.

Ancient Egypt can be traced to 6000BCE even before the existence of its 1st dynasty (3100BCE) which was around the time of the unification of the upper and lower Egypt by King Menes who is popularly seen in the Narmer Palette. This makes Egypt one of the oldest countries in the world.

While in Egypt you should explore Thebes and also visit Cairo- the country’s capital.

Ethiopia has had a unique history of existence since the Hominid era. Ethiopia is one of the oldest countries in the world that is still stuck on culture and traditions. It has also undergone some developments.

Ethiopia is blessed with an abundance of wildlife, biodiversity, and attractions.

The name Austria (ostarrichi) has been in use since 996AD which suggests that it had been in existence since then. Austria has developed over the centuries to be a tourist buzz zone and has attracted millions of tourists worldwide.

You should visit Vienna or Salzburg today;  it is indeed worth the hype.

Have you visited any of these destinations?

The Lake District is a hidden gem in England. It is famous for its breathtaking lakes, forests, mountains, …
Read More

Traveling alone has many benefits. As scary as it may seem, I encourage everyone to travel alone at …
Read More

After seeing the movie, “Hotel Rwanda“, I had mixed feelings about visiting Rwanda. But when I eventually visited in …
Read More