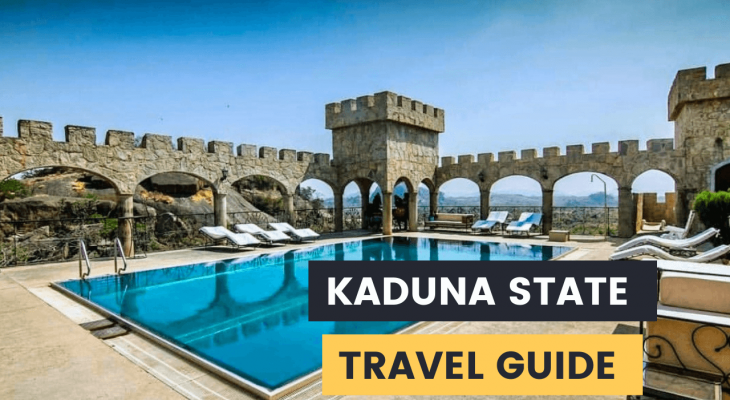 Kaduna State is the fourth largest and the third most populous state in the country. Created in 1967, it is one of the oldest states in Nigeria.

Kaduna state is named after the Kaduna river which initially hosted a large crocodile population. The abundance of this aquatic species in this river gave Kaduna its name.

The state capital is its namesake. It is also popularly called” the centre of learning” because of the numerous renowned educational institutions that are found within the state.

Modern Kaduna sits on some of Africa’s oldest civilizations including the Nok which dates as far back as 1500BC. The remnant of these civilizations stored in museums together with a fair number of attractions built by man makes up the tourist attractions in Kaduna state and has contributed to making the state one of the tourist destinations one should take a trip to.

The Nok civilization was discovered in 1928 due to man tin mining activities. One will find this village in the North East of Baro. The inhabitants of the village made some of Africa’s oldest and intriguing sculptures.

Built in 1978 by Burg Heinrichswalde a German scientist who lived in Nigeria at the time, the castle is located at the apex of a mountain in Kaduna road, Kajuru.

The castle is built in a fanciful, medieval-inspired Romanesque style whose architecture is a breath of fresh air in our bustling, fast-paced modern world.  The castle can contain 150 guests and it has a dragon tower, an armoury, a dungeon, Knights Hall, and a Master’s suite. This description of this castle does not give it justice because this castle is the African version of a Bavarian castle.

Formerly known as Kofar Gamji Park, this park was built in 1941 by a colonial master. The park’s recreational centre is a perfect spot for fun and getaways. It is an exciting tourist attraction in Kaduna state.

This park is one of the few national parks in Nigeria that preserves rare plant species.  Kamuku National Park is one of the tourist attractions in Kaduna state. It is a wildlife sanctuary and is home to a variety of wildlife and fauna. The park can boast of preserving 1775 species of birds. This abundance of birds makes the park a perfect and convenient spot for bird watching.

Matsirga waterfalls is a body of water that drops from a 30 meters high cliff into a gorge that is surrounded by rocks.

The water that feeds into the falls flows from a stream that is known as “The River Wonderful”. Matsirga is a natural beauty that is both tranquil and outstanding.

It is located along Ali Akilu road in Lingawan Sarki, Kaduna. The Museum which was established in 1975 contains a wide collection of ethnographic, archaeological, and crafts exhibits.  There is also a traditional crafts village in which local craftsmen can be observed engaging in their crafts.

The significant feature of this palace is that it still retains its original form(Mud). This palace was built in the 19th century and it can be found within the walls of the ancient city of Zaria.

This golf club is the first golf club that Northern Nigeria had. Established in 1921, the golf club is also one of the largest in Nigeria.

Despite the violent ethnic and religious unrest in Kaduna today the continued existence of this church is amazing. Developed in the year 1926, Saint Bartholomew’s Church was the first church to be built in Northern Nigeria. The church still stands today in the original(mud) material it was built with and services are still held in the building.

The state Kaduna is named after this river. The river is very old and it flows for over 550 kilometres. The Kaduna River is a tributary of the River Niger.

Visit and explore these top 10 tourist attractions in Kaduna state.