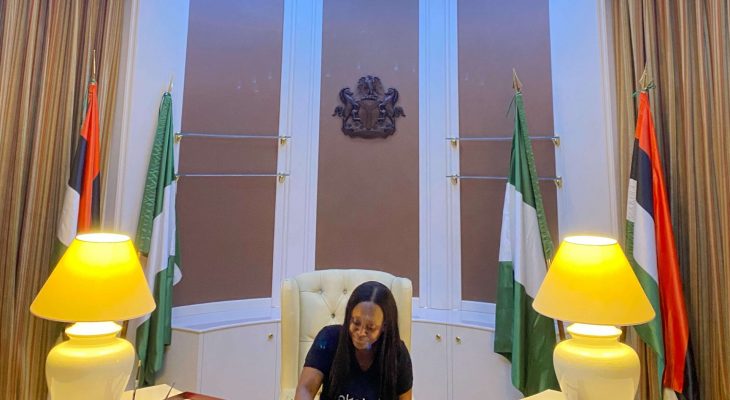 Ogun state is one of the states of the south-western region of Nigeria. It was created in February 1976 from the former western state. This state borders Oyo state, Osun state, Oyo, Ondo state, and the Republic of Benin.

Ogun state has agriculture as its mainstay. It is also notable for its high concentration of industries and estates, which makes it a major manufacturing hub in Nigeria.

It has a growing population of over 5 million people who hail from diverse ethnic groups with Yoruba as the main ethnic group. Its inhabitants who are a people of the Egba and Egbado sub-groups speak several dialects including Egbas, Oyo, Awori, Ikale, and Ilaje and they are a friendly and receptive people.

It is nicknamed “Gateway State” due to its role in developing the nation in sectors such as medicine, education, law, etc. The capital of Ogun state is Abeokuta.

The tourist attractions in Ogun state include:

Olumo which means “troubles and sufferings are all over” is a famous massive outcrop of granite rocks that have a primitive formation. The rock stands 137 meters above sea level in a spot that is surrounded by caves. A mustard tree that has lived for over 200 years can be found at its entrance.

This gigantic rock which served as a shelter for the Egba people during the intercity wars in the 1830s still stands today in its original position in the city of Abeokuta.

Olumo Rock Complex, situated at the rocky and mountainous foot of the Olumo rock.  The complex has modern infrastructures including an eatery, museum, conference hall, multipurpose halls, etc. It even has a constructed stairway to aid visitors with a phobia for climbing heights safe passage to the mountains.

Established in 2017, the Olusegun Obasanjo Presidential Library is a tourist and academic center that houses historic documents and materials used by former President Obasanjo. The library/museum is massive and magnificent. It houses millions of interesting documents, books, and artifacts that represent significant events in the history of Nigeria and Africa.

The Oronna statue is a memorial statue that was built to honour the great and fierce warrior ‘Oronna’ who defended the people of the Oronna town during the inter-tribal wars. Oronna was a loyal warrior of the people who swore to also defend the town even in death as long as he is called upon with appropriate sacrifices.

This statue can be found in a shrine that is located at Ilaro.

The 2nd Storey Building in Nigeria:

This structure was built at a time where most of the buildings found in the country were made of mud, thatch, sticks, or bricks.

This building which was first a church, (the Saint James Anglican Church) was built in 1945. It is also the place where the late Bishop Ajayi Crowther who was the first African Anglican bishop of West Africa to translate the English holy bible to Yoruba lived.

The Oldest Bible in Nigeria:

This bible whose current home is the Ake palace in Abeokuta state is the oldest in Nigeria. It was presented in July 1904 by King Edward VII of Great Britain and Ireland after the other bible that was presented by Queen Victoria of England to Chief Akinrinlewo Sodeke in 1848 was burnt in a fire disaster in 1868.

Located in the thriving and bustling city of Ijebu-Ode, the complex is believed to be the burial place of the biblical queen of Sheba who hailed from Ethiopia.

This queen’s burial place is a tourist attraction of international repute as thousands of visitors throng in yearly to visit this queen’s final resting place.

The centenary hall is a hall that was built by the Egba people of the state in 1950 to celebrate their 100th anniversary of peaceful existence at Abeokuta after the inter-tribal wars. This hall is located directly opposite the Ake palace and near to the present Abeokuta South local government area.

The Ake Arts and Book Festival:

Although this is a recently inaugurated festival, this festival is a literary, cultural, and arts festival that holds the promise of impacting positively on the life of the people.

It was founded in 2013 by the famous Nigerian writer-Lola Shoney to develop, promote, and celebrate creativity in every young mind in the African continent.

The festival is held annually in the city of Abeokuta.

Gabon is a Central African Country sandwiched between Equatorial Guinea and Cameroon to the north, the Republic of …
Read More