Home
Travel tips
10 Myths and Facts about Flying That Will Surprise you. 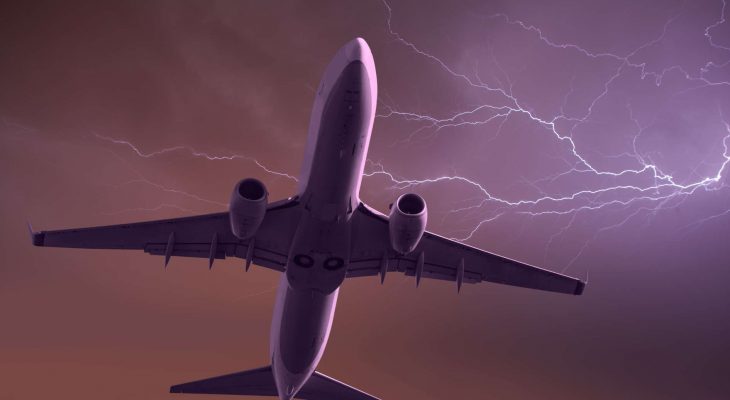 Here are 10 airplane facts and what is and isn’t true about them.

Myth: Although it certainly sounds likely when you push the button and hear that loud sucking sound…

Aircraft toilets have a closed vacuum system. When you flush the toilet, a powerful vacuum system located near the waste tank sucks down anything that’s lying over the hole and draws it down into the tank. And we mean anything! We regularly find objects in the disposal tank that definitely shouldn’t be there.

But never any passengers! The reason being, the vacuum only works near the mouth of the disposal pipe. Yes, if the toilet bowl and seat had an airtight seal, this might have nasty consequences for toilet users who flush when seated. But the toilets and the vacuum system are designed in such a way that you cannot be sucked into the toilet.

Myth: The cabin doors can only be opened if the pressure on the inside and outside of the aircraft is virtually the same.

The pressure inside and outside is certainly not the same after take-off. The air pressure at high altitude is dangerously low, which is why the cabin pressure is increased artificially.

If you look closely at aircraft doors, you’ll see that they fit into the aircraft almost like a cork. A nifty mechanical system ensures that they can also open outwards.

When the door is closed, cabin pressure is exerted on the door. The force with which this takes place is determined by the difference in interior and exterior air pressure and the surface area of the door. As Sir Isaac Newton so succinctly put it: F = p x A.

We won’t bore you with the figures, but we can assure you that this force is far greater than the muscle power of the strongest passenger. In short, you cannot just open the door at cruising altitude. Once the plane has landed, the pressure difference is minimized and the doors can be opened.

Only cabin crew are allowed to do this, of course, because the automatic emergency slides have to be disarmed first. When the plane draws to a halt at the gate, you’ll hear the pilot say: “Cabin crew, disarm the slides.” When the monitoring system in the cockpit indicates that all doors are safe, the pilot will say: “Cabin Crew, doors may be opened.”

Fact: At the request (and on behalf) of the captain, cabin crew are indeed allowed to arrest a passenger.

Naturally, this only happens if the passenger is a threat to flight safety. We even have handcuffs on board for this purpose. The captain has to concentrate on flying the aircraft and therefore can’t carry out the arrest personally. He will, however, formally and personally announce the arrest after landing, before the aircraft doors open.

Myth: No, thunder does not increase the risk of a crash.

We do avoid thunder storms, of course! As you can imagine, such storms and the related turbulence can be very uncomfortable for passengers.

In addition, lightning striking the aircraft can damage systems, but not to the extent that flight safety is impaired. If this happens, a special comprehensive inspection is conducted once the plane has landed.

Myth: Regrettably, we have to disappoint you on this one…

Myth: You may get tipsy a little more quickly, because the air on board is drier (which is why you should drink more water) and cabin pressure is lower than on the ground. People are also more inclined to take sleeping pills or sedatives when flying. And they don’t mix well with alcohol, as you probably know.

Fact: At KLM, you’ll have a hard time finding row 13, because this is considered an unlucky number in many countries. We’re not superstitious, but you can never be too sure, right?

Myth: There are no parachutes aboard our aircraft. Our aircraft have multiple engines, so if one of them fails, there’s no man overboard…literally.

So, now you know. Some of the stories you’ve heard are true, but most of them are fables.

Do you know that you can earn Award Miles when flying with KLM or any of their airline partners? It’s very easy to earn them: you simply mention your Flying Blue number while booking. And if you forgot to do so, you can still claim your missing miles within 6 months.

Earning miles will help you maintain and upgrade your membership level, and you could even earn enough miles to travel for free to any of your desired destination or get an upgrade to business class. Yes, you heard right.

So, go ahead and book your first trip and claim your miles.

There is nothing like travelling with the perfect companion, but travelling solo has many personal benefits. People are …
Read More

So you’re planning a destination wedding. Now come the questions: Do the bride and groom pay for everything? …
Read More