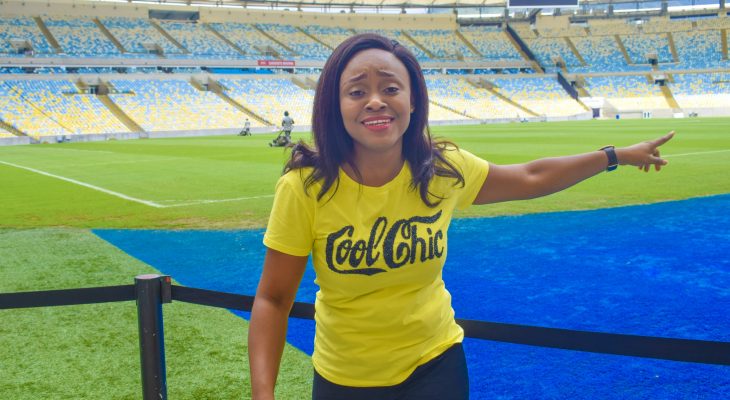 You can easily get into a destination’s soul through its sports teams. When you step into the feverish atmosphere of a stadium or arena in the middle of a match, you’ll find the locals in a state of agitation or elation, depending on the scoreline of the match.

Head to one of these sporting destinations and you’ll see a different side of town that is impossible to find on the streets.

Only a few stadia in South America can match the electric atmosphere on match day in Buenos Aires’ La Bombonera, when 49,000 rabid fans are on the stands to cheer Boca Juniors to glory. The stadium’s unique design, with three steep-sided stands and one flat, wall-like grandstand, creates a cacophonous environment that the crowd is known as ‘La Doce,’ or the twelfth man. As a first-time visitor, you should snap up a vintage shirt from La Boca’s market stalls. Tickets for games are rare as gold dust – the stadium has a members’ only policy in place, but you can get a slot if you book through an agency that makes provision for a ticket, a temporary membership card, and a bilingual guide.

• Do: Say Diego Maradona, the local hero is your favourite player of all time

Over the course of 15 days each January, May, and September, three of Japan’s six annual sumo tournaments are held at Ryōgoku Kokugikan. Cheaper tickets can be gotten in the nosebleed seats on the day, although you’ll need to be quick. If you want to get the authentic Japanese experience, buy tickets in advance and get one of the traditional first-floor box seats. These areas are cushioned and you’ll need to take off your shoes to sit there but snacking from a bento box while watching two hulking wrestlers take each other on is about as local as it gets.

• Do: make sure you get down early to watch the preliminary rounds

• Don’t: miss the retiring wrestlers having their symbolic topknot cut off between matches

The rarefied surroundings of the Lord’s might be billed as cricket’s HQ. However, no ground can beat Kolkata’s Eden Gardens when it comes to the sheer chaos of match day. Whether it’s the Kolkata Knight Riders fighting their way to Twenty20 glory or India engaged in a grueling Test match, the noise and support are unmatched in world cricket. The stadium has capacity for 68,000 fans these days, although twice that number used to squeeze their way back in the 1980s. The seats aren’t exactly comfortable anyway, so be sure to stand for the entire match like any self-respecting local.

• Do: talk loudly about India’s famous win here against Australia in 2001

It is undeniable that there are better basketball teams than the New York Knicks but unarguably there’s nowhere better to watch basketball than Midtown Manhattan’s famous sporting venue. Just like pretty much everything in NYC, getting the best seats in the house requires planning and plenty of cash. But if the Brooklyn Nets have crossed the East River for a match, it’s worth the expense. Get into the basketball spirit by posing for the kiss cam with your better half or desperately trying to grab one of the free T-shirts thrown into the stands during time outs.

• Do: grab a pricey burger and a local craft beer for tipoff

• Don’t: try to find out why LeBron James isn’t playing

The Newlands is South Africa’s oldest rugby stadium and served as the scene of New Zealand’s demolition of England in 1995. Newlands is really one of the best places in the world to watch rugby union. The somewhat creaking ground, with readily available tickets, serves as the home ground for the games of The Stormers and Western Province. Hungry locals at the grounds tend to have a traditional braai (barbecue) before the game gets underway, drinking more than a few local lagers once the match is finished. It’d be rude not to get involved.

• Do: put on a classic 1995 World Cup-winning South Africa shirt

• Don’t: get the nearby Newlands cricket ground confused with the Newlands rugby stadium

As far back as 1912, Fenway Park is the oldest and most historic ballpark and is still being used for Major League Baseball games in the USA. After waiting for 86 years for a World Series win, dating back to 1918, the Boston Red Sox have started to acquire more trophies for the trophy cabinet over the last decade. Games are almost always sell-outs, so buying tickets before time is a must. When you get settled in the bleachers (raised tiered rows of benches), call over a hotdog seller, chow down, and let the lively atmosphere of one of the USA’s greatest sporting arenas wash over you.

• Do: always stand for the national anthem

Before I booked my ticket with Royal Air Maroc, I heard many horrendous stories about this airline. I …
Read More

This Article on how to save money when travelling, was originally published on Passion Digital. I found it …
Read More