Home
Travel Stories
Italy Through My Eyes By Emma 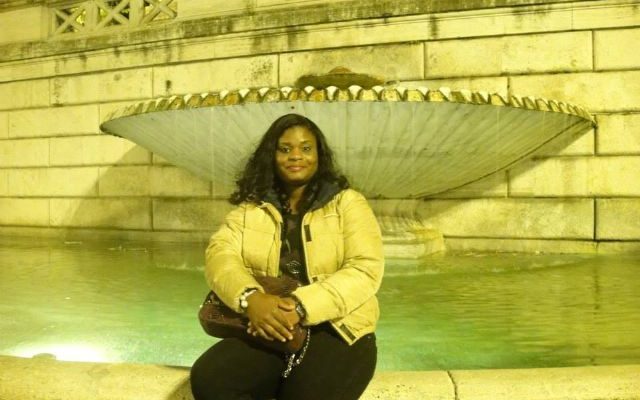 I’ve had much admiration for Rome and Paris for a long time, so I decided to give myself the perfect birthday gift. I spoke with a few friends to embark on the trip with me and no one seemed to be on the same page with me, so I made up my mind to fly solo.
And so, I tidied up my papers, got my insurance and hotel and flight reservations and submitted my application at the Visa Application Centre. My passport was supposed to be ready in 15 days and after 15 days, I didn’t get a call. So I called them to inquire and was informed that my passport wasn’t ready. Few minutes later, I received a call that I was scheduled for an interview. A bit confused as I wasn’t expecting any interview. On the agreed day, I was at the Italian consulate and after a brief interview, my visa application was approved. Yayy!! I was elated. My dream was becoming real. A perfect birthday gift. Another friend who resides in London came to mind and I told her about my plans and she agreed to visit Paris. Now I was going to have a companion in Paris. Even at that, the thought of flying solo kept scaring me coupled with the fear of wasting my hard earned money (lol) and not enjoying my trip. I kept focusing on the new discoveries I was going to make and was determined to make the best of the holiday.
The preparations began, checking for hotels, flights etc. I completed all in good time and waited for the D-day. I conquered my fears. I was set to move. We arrived Amsterdam and I went through immigration. Since it was my first time, I was kept aside for security checks. My hotels in Rome and Milan were contacted and they confirmed that I was coming in. After one hour, I was released. I boarded my flight to Rome, found my way out of the airport, got to my hotel and as soon as the receptionist saw me, he exclaimed “oh Emma, you are finally here. Good to see you. Immigration called us from Amsterdam concerning you and we told him everything was fine….” Whew!!! I was tired and hungry. He offered me a glass of juice and asked if I would like to rest for a while and go out later. I remembered my friend telling me to hit the ground running as soon as I arrive and so I told the guy I would rest later…lol. He brought out a map showing me the major tourist attractions in Rome. “5mins walk from here, 10mins walk to the next place, 15 minutes walk to the next place….. ” The directions continued…the walk wasn’t quite as simple as he had explained. He advised on the buses to take to the various places and how to get my train tickets. Luckily the metro was about 500mtrs from the hotel. I finally checked in, made a few calls to those at home to say I arrived safe, attended to a few domestic issues, took a shower and set off with my rough paper map in my handbag. This map remained with me till I left.

I got to the metro, got my tickets and the journey began. I could see some interesting sites to stop over while in the bus but since that wasn’t my itinerary for that day I moved on to my first stop. Some of the sites were under construction so I couldn’t see them the way it’s supposed to be. Trevi Fountain was one of them. Spanish steps (Spagna) was still closed till I left.

Got to campo de fiori and nothing was happening there as the sellers had closed for the day, Navona and then at Piazza del Popolo where I was greeted by this Indian with flowers. He asked if I came alone and I said yes. Asked about my hubby and kids and I told him they were back home and he wondered why I embarked on a vacation alone. Well, I gave him the answers he wanted to hear. And so, I didn’t need to look for a photographer as he became one for me. Handed me his flowers (which he thought I would buy) and tied a rope on my wrist which he claimed would bring me luck. I calmly collected the flowers. He took several shots of me with the flowers. Lol.

After it all, he demanded for “something small”. Hellooo… Something small? I thought the flowers were free of charge for tourists at popolo square and he said no. Hian!!! As a typical Nigerian I told him no money. He insisted and I told him to collect his flowers which he eventually did. But the rope he tied on my wrist, that remained with me till I even got back to Nigeria. I wonder what luck it brought me after all.
I got back to my hotel tired and crashed till 11:45am the next morning.
My story continues here.

Remember, you too can share your funny story by sending your story to thewakaholic@gmail.com. It was my first …
Read More

How did you spend the Easter holidays? For me, getting time off work was the best part of …
Read More