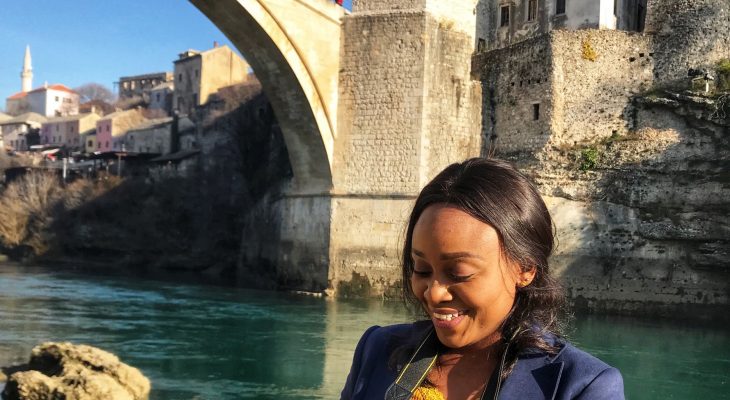 Travelling gives you an opportunity to see things you’ve never seen before. It offers the opportunity to get to know people and explore the world. However, there are times that travel can become stressful, you find yourself having to deal with endless lines, crowds, and more time standing around waiting than actually experiencing the things you travelled to experience. When your travel becomes unpleasant, it is absolutely normal to imagine what it would be like if you were visiting a lesser-visited place/country.

The continent of Europe is full of small hidden-gem countries that promise fewer crowds with the same fascinating histories, stunning views, and amazing food as their more popular counterparts. Read on to discover 7 of these European gems.

San Marino, a microstate settled within northern Italy is one of the world’s oldest republics, and much of its original, historic architecture is still standing. It is the fifth smallest country in the world. This means there are plenty of undiscovered gems and wonderful secrets to be found here. Take a cable car ride over the main city (also called San Marino), stroll through the small mountain towns and visit the UNESCO World Heritage-listed historic centre of this tiny-but-mighty country.

For travellers looking to truly get off the beaten path, Moldova may be the best option. Once described as “the world’s least happy place,” Moldova is growing into a destination for wine tours, green parks, unspoiled countryside, and ancient churches. The country has had a difficult history experiencing civil war in 1990 before finally becoming an independent country in 1991, the future looks bright for this country.

A successor state of the former Yugoslavia, Macedonia (known as the Republic of North Macedonia officially) is a country with a complex history that travellers are only recently waking up to. Explore serene monasteries, take a plunge in the ancient Lake Ohrid (which reaches depths of 300 metres) or stroll through Skopje, the country’s capital city and discover the Old Bazaar, a relic of the Ottoman Empire and home to your perfect souvenir from your visit to Macedonia.

The nearly-landlocked country of Bosnia and Herzegovina (the country has just 20 kilometres of coast along the Adriatic Sea) was first settled by the Slavic people beginning in the 6th century. Over the centuries, the country has evolved to be a multicultural oasis perfect for travellers looking for something new on their next adventure. Following a crushing civil war in the 1990s, the country has rebuilt and become a tourist destination well worth the visit. Raft down turquoise rivers, be inspired by ancient architecture, and immerse yourself in the country’s east-meets-west vibe. Travellers interested in visiting European gems should hurry to Bosnia and Herzegovina, though – the country is projected to have the third-highest tourism growth rate in the world until 2020.

What You Should Know Before Visiting Sarajevo

At only 160 square kilometres, the principality of Liechtenstein is filled to the brim with Medieval charm, stunning views of the Swiss Alps, and traces of ancient nobility. Around 5300 BCE, the first farming settlements in Liechtenstein were founded, making this tiny country between Switzerland and Austria more than just a novelty. It’s a culturally-rich destination where travellers will find stunning cliff-side castles, charming villages, and untouched nature. If that wasn’t good enough, the country also has one of the world’s lowest crime rates – there hasn’t been a murder since 1997 – and you’ll find plenty of peace and quiet here. In fact, there are local rules against “holding noisy festivities” during Liechtenstein’s official lunch break from 12 to 1:30pm.

For such a small country, Monaco really packs a punch. It is world-famous for its annual Grand Prix race, the Monte-Carlo Casino, and for a third of its people being millionaires (the highest concentration on earth). And it does all this in an area of less than 0.8 square miles with fewer than 40,000 permanent residents.

Monaco has a reputation for being a gambling and yachting haven for the super-rich. The country definitely merits a visit.

Serbia is a landlocked Balkan nation. During the Cold War, Serbia was part of the larger state of Yugoslavia, a decidedly Communist place. In the 90s, the region was enmeshed in ethnic violence as Yugoslavia splintered up into many smaller autonomous countries. But all that is in the past as Serbia is plenty safe and pleasant to visit today. The capital, Belgrade, rivals Berlin in terms of fun and nightlife. If history is your thing, you’ll find ruined castles aplenty. Also, you will find statues and relics confirming the fact that more Roman emperors were born in Serbia than anywhere else aside from Italy.

Best Things to Do in Belgrade

These European gems may be small in size and population but they’re loaded with huge adventures! Whether you want to spend your next vacation enjoying delicious food in San Marino or trying your luck in Monaco’s casinos, these destinations are not to be missed.

Have you had any experience visiting any of these European gems? Have you added them to your bucket list? Let us know!

Destinations Nigerians Can Visit With a Valid US, UK or Schengen Visa

The last time you stayed at a hotel, did you steal anything from the room? If you took …
Read More