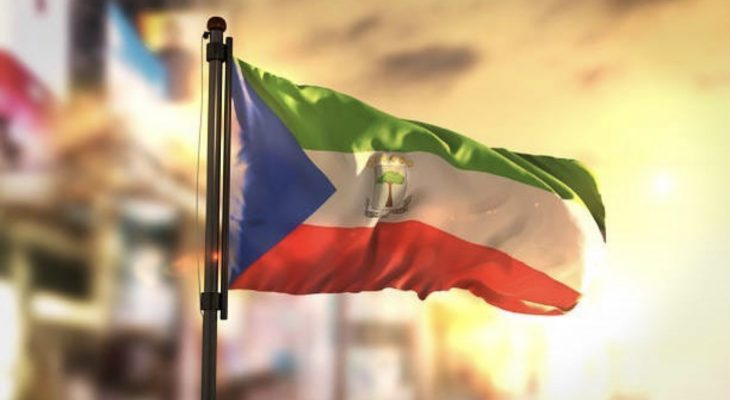 Although rich in vast oil wealth and other natural resources, Equatorial Guinea is one of the least visited African countries due, in part, to its history of political instability and countless coups. Also, much of the population, in spite of the oil wealth, still live below the poverty line. However, for those in search of totally different vacation experience, Equatorial Guinea offers plenty of hidden adventurous treasures, from pristine beaches to virgin forests that serve as habitat to some of the world’s most critically endangered primates. Follow this guide to get essential information on what to expect in this largely unexplored African country.

Although its name appears like it is, Equatorial Guinea is not located on the equator. Instead, it is situated on the coast of Central Africa, sharing borders with Gabon to the south and east, and Cameroon to the north.

Malabo, a laid-back unassuming city, remains the capital of Equatorial Guinea. It is located on the offshore island of Bioko.

In the July 2018 edition of the  CIA World Factbook, the population of Equatorial Guinea 797,457. Of these, Fang remains the largest ethnic group in the country, making up around 85% of the population.

To date, Equatorial Guinea remains the only country in Africa where Spanish is spoken. The official languages are both Spanish and French, with Fang and Bubi the main indigenous languages.

The main religion in Equatorial Guinea is Christianity, with Roman Catholicism the denomination with the highest number of adherents.

Equatorial Guinea uses the Central African franc. To get an idea of an accurate conversion rate, please use the currency conversion website.

Since it is located near the equator, temperatures in Equatorial Guinea are fairly constant and are only dictated by elevations, rather than season. For the most part, the climate is hot and humid, with large amounts of rainfall and plenty of cloud cover. The main seasons are the rainy and dry seasons, although this also depends on where you are in the country. Generally, the hinterland is dry between June and August and the rainy seasons kick in from December to February, while this is reversed on the islands.

Like most tropical countries with plenty of rainfall and humidity, the best time to travel to the country is during the dry season, when the roads are dirt-free, and forest trek routes are easy to navigate. The dry season also means fewer mosquitoes and the likelihood of mosquito-borne diseases such as malaria and yellow fever.

The capital of Equatorial Guinea, it is primarily an oil town and its surrounding waters are strewn with oil rigs and refineries. However, Spanish and British architecture, from the colonial past, offers a wealth of picturesque insight into the past. The colourful street markets are also a sight to behold. Within close proximity is Pico Basilé, the country’s tallest mountain, while Bioko Island is home to some scenic beaches.

Sprawled over an area of 540 square miles/1,400 square kilometers, Monte Alén National Park is a treasure trove of wildlife conservation. Visitors can explore the forest through trails and even go in search of elusive animals, including the forest elephant, chimpanzees, and the critically endangered mountain gorillas. For birders, the park is home to scores of exotic bird species, and you can even lodge in one of the few forest campsites scattered within the vicinity of the park.

Ureka is home to two beautiful beaches, Moraka and Moaba. Located 30 miles/50 kilometers south of Malabo on Bioko Island, it offers opportunities for beach lovers to luxuriate in the lush white sands while watch as sea turtles emerge from the ocean to lay their eggs.

A remote island, Corisco Island is located south of the country, close to the Gabonese border, it is the quintessential paradisiac island, replete with deserted white sand beaches and crystalline aquamarine waters. Here, tourists can engage in snorkeling and scuba diving.

Most visitors visiting the country use the Malabo International Airport, also known as Saint Isable Airport, as their port of entry. The airport, located roughly 2 miles/3 kilometers from the capital and international airlines including Ethiopian Airlines, Lufthansa and Air France service it. Most nationalities, except those U.S., China, Barbados, and all CEMAC countries need a visa to enter the country. Visa applications can be processed and obtained from the nearest embassy or consulate.

The CDC highly recommends that all tourists and visitors to Equatorial Guinea ensure all their routine vaccines are up-to-date. While anti-malaria shots are essential, other vaccines to consider include hepatitis A and typhoid, while Hepatitis B, rabies, cholera, and typhoid may be required depending on what you plan on doing while you’re there. Also, visitors must show proof of yellow fever vaccination, especially those coming from a yellow fever-prone country.

The Christmas season is here once again! You already know Christmas is an annual festival celebrating the birth …
Read More

Plan Carefully: When you plan to travel with children, understand that children seldom adjust to discomfort. They often …
Read More