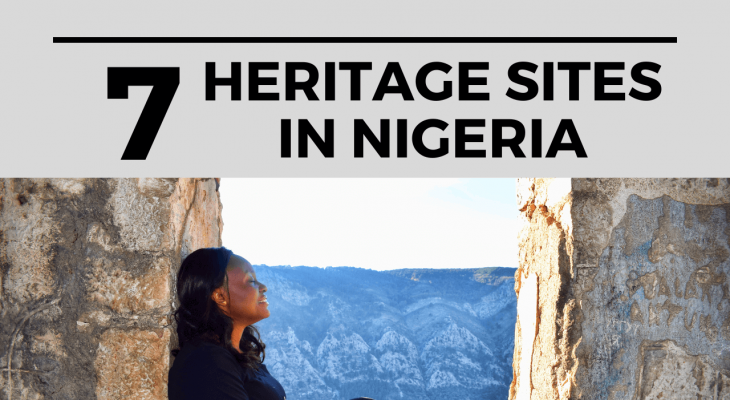 Commonly referred to as the giant of Africa, the country Nigeria in West Africa is a melting pot of diverse cultures, amazing landmarks, and a unique history that has evolved over the decades to make it a bustling tourism hub. Nigeria is also famous for its beautiful heritage which has positively impacted tourism in the country and created unparalleled UNESCO World Heritage sites that exist nowhere in the world.

These are some of the inscribed heritage sites in Nigeria. Although some of them are still on the UNESCO tentative list (which means they are still under review), they are also worth considering.

Declared a UNESCO World Heritage site in 2007, these ancient city walls were built in the 14thcentury, about the same time the great walls of china were built by the Ming dynasty.

These walls which are made of earth were built to control trade in the city. The walls still stand today and within them lie notable tourist monuments which include; the Emir’s palace, the famous Kurmi market, and the Dala hills.

The Ogbunike caves which are located in Anambra state are one of the heritage sites in Nigeria. Myth has it that the caves were discovered by a legendary hunter named ‘’Ukwa’’. The caves are also regarded as one of the greatest wonders of Eastern Nigeria and can only be accessed through a network of 317 steps. The ogbunike caves hold spiritual and historic significance.

Recognized as Africa’s first cultural landscape to receive a UNESCO World Heritage site and as the first listed heritage site in Nigeria, the Sukur landscape is a traditional landscape that comprises spectacular features including a palace, stones, granites ritual fields, and even remnants of the former flourishing iron industry.

The Sukur cultural landscape is located in the Magdali area of Adamawa state.

Situated in a dense forest that is one of the primary forests in Southwestern Nigeria, a few miles from Ile-Ife is this sacred grove. The Osun-Osogbo grove is home to the revered and mysterious Yoruba goddess of fertility-Osun.

The Osun-Osogbo grove is an embodiment of Yoruba culture and artistic value and is also one of the inscribed UNESCO World heritage sites in Nigeria.

The Idanre Hills is an impressive network of beautiful villages sitting on an inselberg present in Ondo state. The hills which sit about 3000 ft above sea level are home to most of Ondo state’s famous tourist attractions such as the Owa’s palace, Agboogun footprint which is considered magical and can fit any footprint, the Omi Aopara(thunder water), as well as several shrines and burial grounds. The Idanre Hills is a worthy heritage site to visit in Nigeria.

Arochukwu long juju slave route is a cave temple complex, located in Abia state.  The cave which can only be accessed through a 6-foot gully is also the temple of Ibini Ukpabi (the oracle of the Aro confederacy who was used to settle disputes related to murder, witchcraft, poisoning, and family).

The temple complex is made up of an altar, a waterfall, a throne of judgment, hills of rags, tunnels of disappearance, and the Iyi-eke outlet where the guilty blindfolded victims are taken out to board the boats that take them to slavery.

The Arochukwu long juju slave route was a true reflection of Nigerian culture and heritage.

Regarded as a mystery because of its unknown period of existence, the AlokIkom Monoliths is one of the heritage sites found in Nigeria.

The monoliths which are a collection of about 300 carved stones with inscribed markings done in a phallic form and believed to belong from prehistoric times have never been deciphered. The AlokIkom Monoliths is indeed a rare tourist monument.

Have you been to any of these Heritage Sites in Nigeria?

To find out if Nigeria is safe to visit, click watch the video below

Travelling is worthwhile. However, while we hope for the best, it is wise to prepare for the worst. …
Read More

Most people prefer to travel in groups, not because it is more fun, but because the thought of …
Read More