Home
Travel Adventures
5 Reasons Why You Should Visit Australia 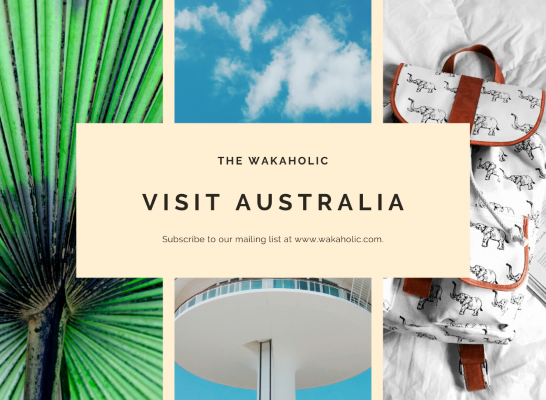 Owing to its location in a remote corner of the world, Australia may be hard to get to but it offers unrivalled experiences and a wealth of diversity like no other country.

You will find it difficult to settle on experiencing thrilling outdoor adventure, enjoying the laid-back beach culture, or sampling the best in international cuisine and wine.

Australia is an expansive island continent teeming with natural and cultural treasures. When you visit Australia, you can relax on the splendid beaches along the sprawling coastline, or plunge below the water in Queensland to explore the Great Barrier Reef. Nature enthusiasts will revel in exciting adventures in the interior, from trekking around majestic Uluru to spotting wildlife in tropical rainforests. But there’s a lot more to life in Australia than outdoor activities. Cosmopolitan cities like Melbourne and Sydney entices you with thriving dining and arts scenes, while world-class vineyards abound.

Australia has more natural and cultural treasures than many other countries. Fortunately, it also has the wealth and resolve to protect these treasures as best it can. 18 sites in Australia are listed on UNESCO’s World Heritage List. They include unusual landforms, ancient forests, and areas of staggering biodiversity.

Most of Australia’s World Heritage sites hold exceptional conservation value and are areas of extreme natural beauty. However, the latest additions placed on the list in 2010 included 11 penal sites, such as Port Arthur in Tasmania and Fremantle Prison in Western Australia. The Sydney Opera House and Melbourne’s Royal Exhibition Building in Carlton Gardens are two other Australian sites listed exclusively for cultural reasons.

Due to the fact that the majority of Australians live in cities along the coast, Australian cities are the melting pots of history, cultures, good food, and entertainment. So, have a blast as you fly into Sydney or Melbourne.

An Insider’s Guide to Newcastle, Australia

Australians love good food and fine wine. This is evident in the many bars, restaurants, and cafes that dot the metropolitan cities. So, as you travel around this fantastic country, don’t forget to hop on the gastronomical train and sample Australia’s food and wine.

Australia is one of the world’s major food producers. Wherever you go to, food production is apparent in the landscape. From the canefields of New South Wales and Queensland to the vast inland sheep and cattle stations, coastal towns abound in fresh seafood. There is an increasing interest in other food indigenous to Australia, such as bush plums, nuts, herbs, and kangaroo. Visit the many farm gates or food trails to access this local produce, or pick up fresh bargains at farmers’ markets.

Australia is consistently in the world’s top ten producers of wine, making more than 1.4 billion litres a year. The major wine-growing regions are nearly all tourist attractions in their own right, with delightful B&Bs, historic places to explore, and cellar doors galore.

Australians love their beaches as much as they love their food and wine. This is definitely a good reason to visit Australia. So, put on your bathers and slather on good sunscreen as you visit the beach on your next Australian holiday.

Australia is the classic home of beach culture, with the nation’s beaches comprising sweeping crescents with rolling waves to tiny, secluded coves. Almost all Australians live within a two-hour drive of the coast, and during the hot summers, it is almost second nature to make for the water to cool off. Surfing has always been a national sport. Regular carnivals and competitions are held on the coastline.

So, what are you waiting for? Pack a pair of bathers (swimsuit), thongs (slippers), and some sunscreen and head to the “Land Down Under”.

Australia is the world’s oldest continent, inhabited for more than 50,000 years by Aborigines. Explore the rich Aboriginal culture as you travel through Australia.

Aboriginal people lived in Australia for more than 50,000 years before European settlement. They occupied the country across the landscape, including its driest deserts. They established rich, diverse, and highly spiritual cultures with sacred places, art sites, and dreaming tracks while living in great affinity with the land on which they were dependent.

There are close to 500,000 Aboriginal people in Australia today. Many Aboriginal communities still proudly carry on rich traditions although much of the cultures have been destroyed or damaged by European settlement. They have some of the oldest surviving cultural practices in the world. With permission, much of this can be explored by travellers who are prepared to sit, listen, and learn from Indigenous Australians.

I hope you are now inspired to visit Australia.

Carry-on travel is a definitive method to travel. It makes everything simpler. You don’t have to stress over …
Read More

We have been nominated for TOURISM BLOG OF THE YEAR in the 2019 edition of The Pyne Awards. …
Read More

Do you easily make friends when travelling alone or do you have a hard start interacting with people? …
Read More