Home
Europe
What You Should Know Before Visiting Sarajevo 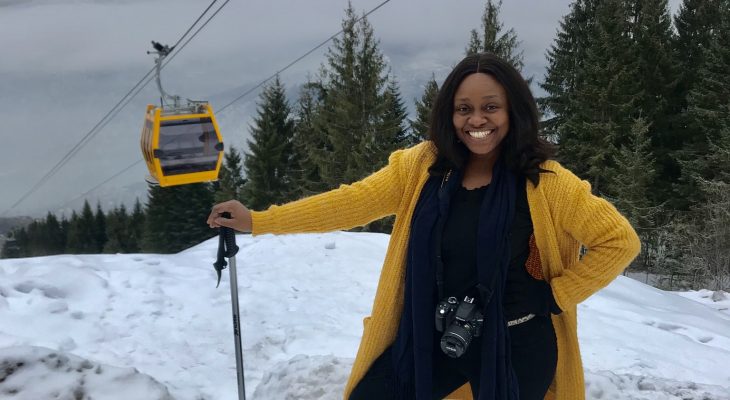 Sarajevo, the small city that captured my heart.

Sarajevo is the capital city of Bosnia and Herzegovina located in South East Europe which is considered as part of the Balkan Region. I was particularly nervous about planning my trip to Bosnia. The region may be considered offbeat howbeit, I absolutely recommend including Sarajevo on your travel bucket-list.

My Experience in Sarajevo

My experience in Sarajevo was nothing short of impeccable. The food was awesome, the people were warm, polite and friendly. The city is surrounded by mountains, which offers some of the most picturesque views. Throughout my trip I met just one colored person, however, it did not feel awkward being black & walking the beautiful streets of Sarajevo.

7 Interesting Things You Should Do in Sarajevo

My top pick for a must-do in Sarajevo would be a trip to Mt Trebevic via the cable car. There is nothing like it, especially during the winter season. The ride via the cable car takes 7 minutes and a return ticket costs 20KM ($12). Children under age 7 can ride the cable car for free. The cable car operates every day from to .

At Mt. Trebevic you can enjoy beautiful panoramic views of the City, walk around and explore the remnants of the Olympic bobsled track and relax at the many hospitality facilities. This was definitely the major highlight of my trip to Sarajevo. It is exactly how I remember the city.

The memories most people have of Bosnia and Herzegovina are war-related. I remember how concerned my family/friends were when I informed them that I was traveling to the region. They all had the perspective that the region was unsafe.

After visiting Rwanda and learning about the history of the war that occurred in 1994 when no fewer than 1 million Rwandans (mostly Tutsis) were massacred in a space of 100 days, and experiencing firsthand, the tremendous progress made to rebuild the country despite such major setback, I could definitely relate with Bosnia and Herzegovina. I am one to appreciate that healing can take place and nations can be rebuilt despite such major setback.

If you would like to learn about the genocides that occurred in the region, then you should visit the Museum of Crimes Against Humanity and Genocide in Sarajevo. It is estimated that a total number of 100,000 people were massacred between April 1992 and November 1995 while millions of people abandoned their homes and fled the region.

Bosnians are warm and friendly. My friend Alcira and I connected with locals who were very hospitable and happy to show us around the city, treating us to some of the best cuisines & activities in the region.

A big part of visiting Bosnia is experiencing firsthand the culture and food. I must confess that I was thoroughly impressed by the delicacies in Bosnia and Herzegovina. Food is also inexpensive.

When visiting Bosnia you should definitely try the Bosnian Ćevapi, a grilled dish of minced meat usually served with flatbread & a side dish of onions & creamy cheese. I read about it before visiting Sarajevo, hence, it was the first thing I ordered. I had mine with  & it tasted great.

Another popular dish you should try is Burek which is basically meat, chicken or vegetable filled pastry made of thin flaky dough. I thoroughly enjoyed it.

5. Do the walking tour

I recommend Meet Bosnia Travel, a free guided walking tour that operates everyday at 10:30am. The guide will take you on a walk through the old -town and the modern streets where you would learn of the history of the city and see some of the recognizable landmarks of Sarajevo.

Baščaršija is the major tourist attraction of Sarajevo and the historical and cultural center of the city. Take some time to explore the historic market in the city center.

If you have been to Sarajevo & you do not have a photo that looks like this, then you didn’t visit Sarajevo. Sebilj Fountain is considered a symbol of Sarajevo. It was built in 1753. It is often said that: “Whoever drinks water from any of Sarajevo’s fountains and spouts returns to Sarajevo”.

Coffee is a big part of the Bosnian culture. You should definitely try Bosnian coffee served in the traditional coffee pot.  Bosnian coffee is similar to Turkish coffee- it is bitter.

Getting around the city

Taxis are inexpensive in Sarajevo. There are also city trams and buses that operate within the city.

What i found striking about Sarajevo:

Have you visited Sarajevo before? What were the highlights of your experience in the city?