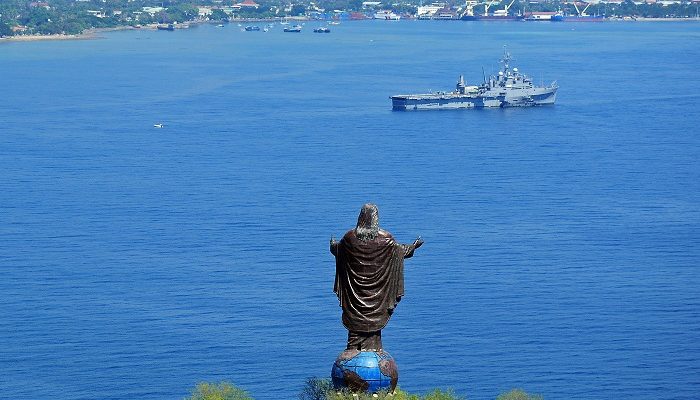 Timor Leste, also known as East Timor is one of the newborn nations of the world. It is a Southeast Asian country occupying half the island of Timor. South of the island, the Timor Sea separates the country from Australia. To the north of the island are the Ombai Strait, Wetar Strait, and the greater Banda Sea. To the west lies the Indonesian province of East Nusa Tenggara.

Weather: The climate is tropical and generally hot and humid.

Cuisine: The cuisine of East Timor has influences from Southeast Asian foods and from Portuguese dishes. It consists of regional popular foods such as pork, fish, basil, tamarind, legumes, corn, rice, root vegetables, and tropical fruit. Fried fish is a very popular dish, with prawns being considered a delicacy. Curries are a standard dish, with chicken curry topping the list as a favorite.

This is an 88.6-foot-high (27.0 m) statue of Jesus located on a globe in Dili. It is one of the main tourist attractions in East Timor.

This is East Timor’s first national park. The park is named in honor of the independence movement national hero Nino Konis Santana, a former commander of Revolutionary Front for an Independent East Timor.

This is a small island situated 25km north of Dili. The name means ‘goat’ in the local language, and it was so named because of the large number of goats kept there. 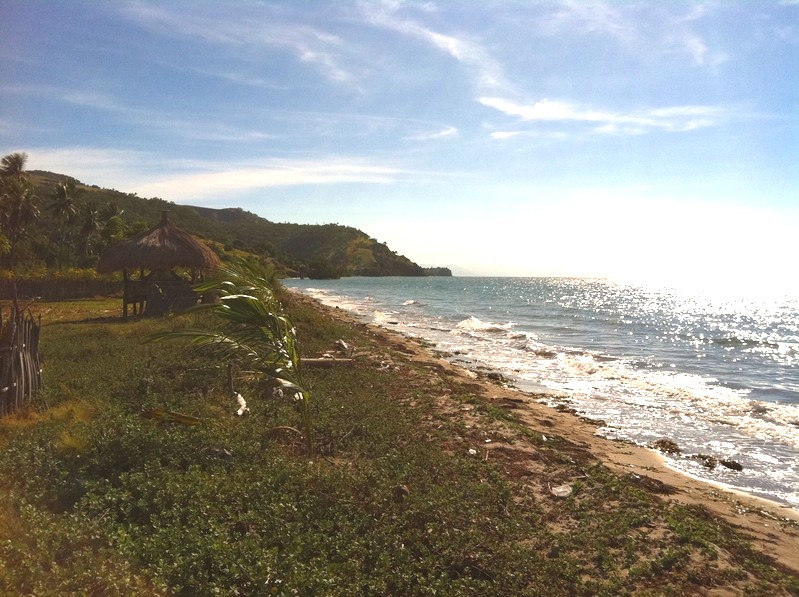 This beach is a popular attraction in Dili. Visitors used to be charged a dollar, hence the name ‘one dollar beach’.

“Travel makes one modest. You see what a tiny place you occupy in the world.” – Gustave Flaubert
Read More