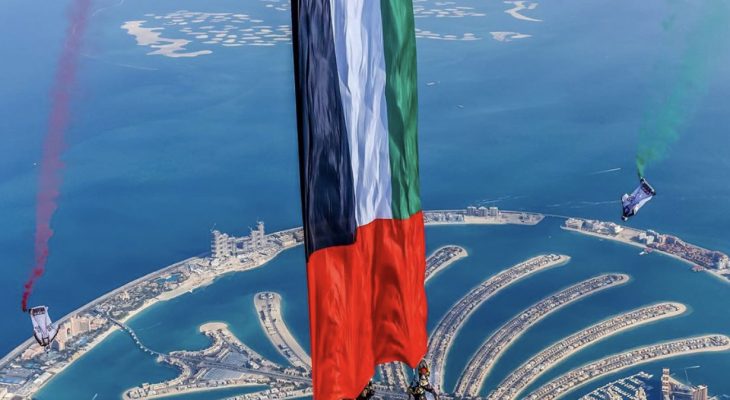 In the past few years, there has been a buzz around Dubai. The city has become a destination of choice for tourists and investors. Cultural entertainment and business events are hosted in the city year in, year out. You must have probably read somewhere that Dubai used to be a sleepy fishing village. Yes, it is true but now it is a dynamic ultramodern city with iconic skyscrapers.

The United Arab Emirates UAE has seven emirates of which Dubai is one. The emirate struck a modest supply of oil in 1966 and the oil money was channeled into investments in infrastructure.

Dubai has the tallest building in the world

The magnificent Burj Khalifa is the tallest building in the world. You can see it wherever you are in the city, it lights up at night and is an attractive tourist site.

The largest shopping mall in the world is in Dubai

A visit to the Dubai mall will leave you breathless at the sights and sounds you will see and experience. It is every shopaholic’s dream. It is very unique with all kinds of shops and entertainment that you can imagine. The mall is a mini-community on its own as it accommodates residents of the city who turn up daily to unwind and relax.

You can get almost any kind of food that you want in Dubai. The international food scene is lit with a variety of food offerings from delicious food stalls on the beach to five-star restaurants, from local Emirati cuisines to the most diverse culinary scenes for expatriates.

The potpourri of cultures and religions

There is a high number of immigrants and expatriates in Dubai so the city has become a truly global city. There is always something to look forward to during the weekend because of the different cultures celebrating one holiday or the other.

Dubai has experienced fast growth and modernization, however, it has continued to stay true to its local culture, religion, and traditions. Many citizens are still aware of and still practice their local traditions. A city that embraces change while also staying true to her past is unique.

In a region where women’s rights are infringed upon, Dubai stands out as unique because of the local Emirati women and their power in education and the workforce. The UAE Gender Balance Council is committed to ensuring the equality of genders and creating a bright future for women.

Dubai is one of the most extravagant cities in the world. Luxurious hotels costing thousands of dollars a night, Lamborghini police cars, gold-infused coffee and a lot of other things.

In the city, you can get almost anything delivered to you by just a click or a phone call. Because of the heat of the desert and the culture of not many people wanting to walk out alone, it caters to shopping needs by letting you order instead of going out.

The royal family is involved in society

Dubai’s royal family led by His Highness Sheikh Mohammad Bin Rashid Al Maktoum is famous for its down to earth relationship with the people of Dubai despite their extravagance. They interact easily with the locals.

We are taking Wakaholic Adventure to Cuba, the Bahamas and Las Vegas. This particular trip is exclusive and …
Read More

Akwa Ibom is a State located in the South-southern region of Nigeria. It is a very beautiful place …
Read More