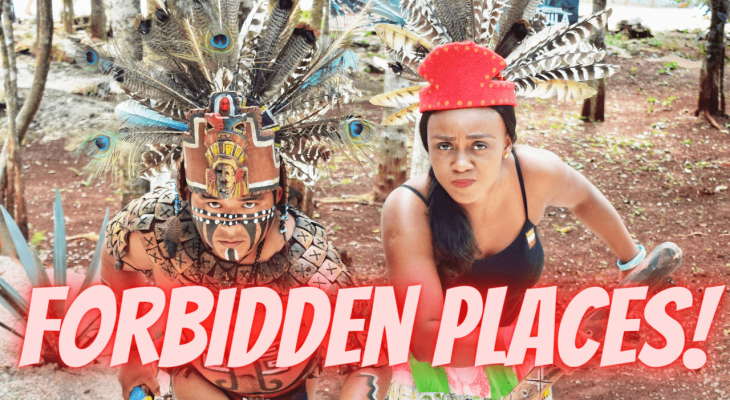 Despite the advancements made in travel and technology, most of the world’s intriguing places are off limits to visitors, particularly tourists. Want to know why they are listed as forbidden places in the world?

The Snake Island or Ilha Da Queimada Grande is situated about 100kms off the coast of Sào Paulo. The island was the perfect spot for nature lovers until several decades ago when it became one of the forbidden places to not visit in the world. It has been completely inhabited by lethal snakes.

Research shows that there are over 4000 Golden Lancehead Vipers (the deadliest serpent in the world) on the 106 acres of land on which this island sits. The golden lancehead viper is about 1/2 a meter in length with a strong fast-acting venom that can dissolve flesh wounds around its bites within minutes.

No wonder this island is off-limits for visitors.

Located on the Andaman chain in the Bay of Bengal, the North Sentinel tribe is home to the Sentinelese people. The Sentinelese people have lived on the island for over 50,000 years. It is said that the people of the island strictly restrict visits by visitors of any kind and are often violent to safeguard their isolation which has been untouched by any civilization.

Heard Island is one of the most unexplored islands. It lies between Antarctica and Madagascar, although it belongs politically to Australia.

There are two active volcanoes on the Island, one of which is the Famous Big Ben. These volcanoes make the land there hazardous to humans which is why the Australian Government restricted entry to tourists and also as a bid to preserve the fragile natural surroundings.

Known globally as the newest island in the world, Surtsey is a small island that can be found in an archipelago on the south coast of Iceland. Surtsey was created as a consequence of a volcanic explosion that lasted for 4 years.

Today, Surtsey is a forbidden place to visit by tourists and this is done to preserve the ecological life on the island.

The Lascaux caves are a treasure trove of some sorts for an archaeologist. The cave complex contains some prehistoric, Paleolithic, and rare paintings where animals like stags and bison are considered to have existed about 17,300 years ago.

Archaeologists believe that human presence might destroy the ancient work of art and that is why the caves are forbidden to visit by the general public.

The Lascaux caves are a UNESCO World Heritage site.

Before I booked my ticket with Royal Air Maroc, I heard many horrendous stories about this airline. I …
Read More