Home
Africa
Why You Should Visit The Islands Of Comoros 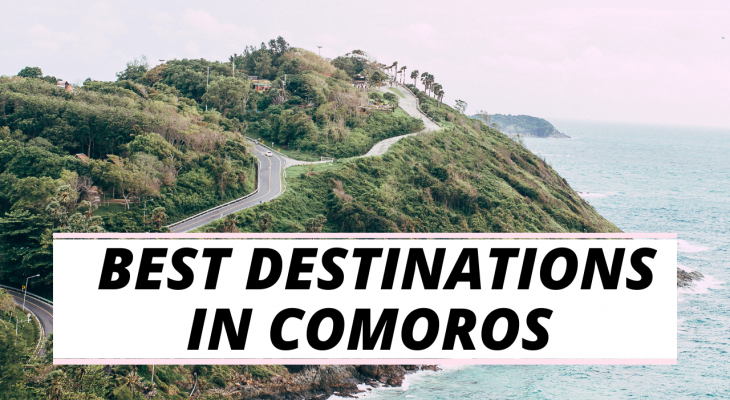 Comoro Island also known as the Union of Comoros is a group of volcanic islands located on the South-Eastern coast of Africa. Comoros which is commonly called Perfumed Island because of the fragrant plant life population that inhabits it is indeed a beauty. The Island is bordered by Mozambique and Madagascar and has a population of over 1 million people.

Comoro Island is reputed for its scenic beauty. If you looking for a cool destination to disappear to for a bit from the steely stares of the Earth while having cool-headed fun and a hot taste of adventure, then Comoro Island is the ideal place to go.

Here are 6 Best Destinations in Comoros:

The largest of the islands and the most developed, Grand Comore is the buzz of them all.

The beaches which are made up of solidified lava at different spots are intriguing and fun to visit. Besides the beaches, Grand Comore is also home to the largest active volcano in the world-the Mount Karthala which erupts every 11 years.

If you love living on the edge, you would find this place exciting.

The Grand Comore is a perfect honeymoon destination.

The smallest of the Islands? Yes, but it is the most fascinating and beautiful.

Moheli which is inhabited by few people is the ideal destination for experiencing the primal life. The undulated beauty of marine species present in this place is welcoming.

While in Moheli, you can visit Parc Marin de Moheli which is the country’s only National park, and also visit Fomboni- a quiet and unassuming city on the island where the locals are very reserved and receptive.

Known by the locals as “Ndzuoani (pearl of Comoros)”, Anjouan is the most populated with people and historical places ranging from citadels, medinas, to the Col de Patsy( a beautiful valley), and also the Taringa falls which is a famous waterfall.

Anjouan is an unspoiled, remote destination with gorgeous tourist qualities that you should explore.

Famous in the country for its traditional spirit, Mayotte which is governed by the French is a suitable destination for those who would like to have an experience of the Island’s traditional life.

Mayotte is a remote, luxurious paradise that every visitor ought to visit.

If you are looking to have fun while shopping, sightseeing or relaxing then Mamoudzou is where you should go.

Mamoudzou is a city located in Mayotte and the commercial hub of the city with lots of souvenirs you could go home with to make the trip memorable.

A trip to Comoro Island would be incomplete without a tour of Moroni which is the country’s capital. The city which dates back to the 10th century is said to have an Arabic heritage.

You would find the different tourist attractions in the city entertaining and the fact that this city is located at the foot of Mount Karthala (an active volcano) exciting.

Comoros may not have been on your travel bucket list, but learning about these Islands can change your mind to include this destination at the top of your list of places to explore in Africa.

Nigeria, commonly called the “giant of Africa”, is blessed with dozens of cities that are tourist-friendly. Each year, …
Read More

The continent of Africa is fast becoming a tourist’s delight. I have put together 10 countries that I …
Read More