Home
Airline Reviews
I Don’t Want to Sit Next to a Dog on a Plane. Should I Move? 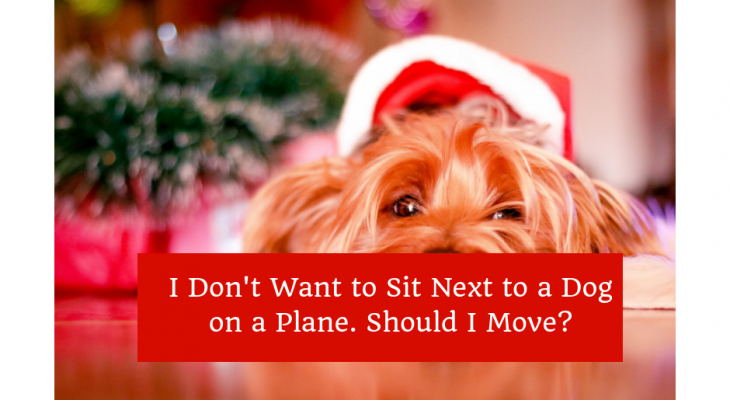 I don’t like dogs. Not just dogs, I’m not an animal lover. So imagine travelling by air and realising that my seatmate came on board the aircraft with a dog!!! The first time, I experienced this while travelling within the USA, I was stunned. I called the hostess to enquire if dogs were permitted on board.

In Nigeria, this is rare as airlines do not allow dogs, cats or other live animals to travel in the cabin of the aircraft. Under US federal laws, service animals are permitted to fly in the cabin with their owners provided that these animals do not pose a threat to the health and safety of others on board.  It provides that airlines “must not deny transportation to a service animal on the basis that its carriage may offend or annoy carrier personnel or persons travelling on the aircraft.”

Meanwhile, given that you could end up sitting next to an animal the next time you fly, what can you do about it if it makes you uncomfortable or sick?

Condé Nast Traveler advises that you should talk to a gate agent or flight attendant once you’re aware you may have a problem. It’s unlikely you’ll be upgraded to first class, as most of the time it’s full with paying customers and MVPs, but airline personnel want to help and could move you to a better seat in coach. Just remember to be respectful and calm. Even if you suspect someone is abusing the system, once on the plane it means the airline has already determined the passenger and the animal have a right to be there. You won’t win the argument.

Find out What You Should Know About Turbulence