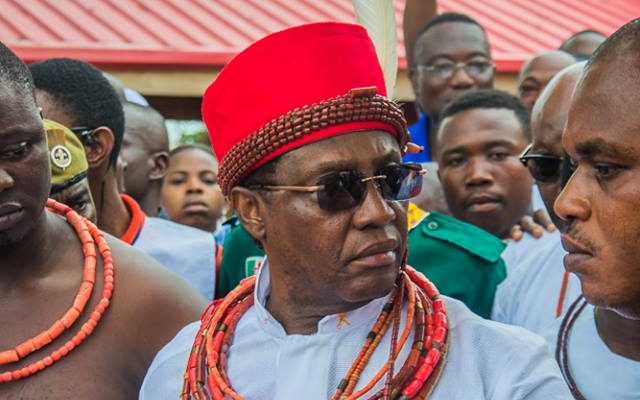 The Oba of Benin is the traditional ruler of the Edo People and the head of the Great Benin Empire, a West African Empire centered on Benin City, in modern day Nigeria. The coronation ceremonies of an Oba of Benin usually last about 10 days. They begin from Egua-Edaiken, the traditional residence of the heir-apparent to the Benin Throne.

On a day fixed by the Edaiken (the heir), he is escorted by his Uselu people on his journey back to Benin City. 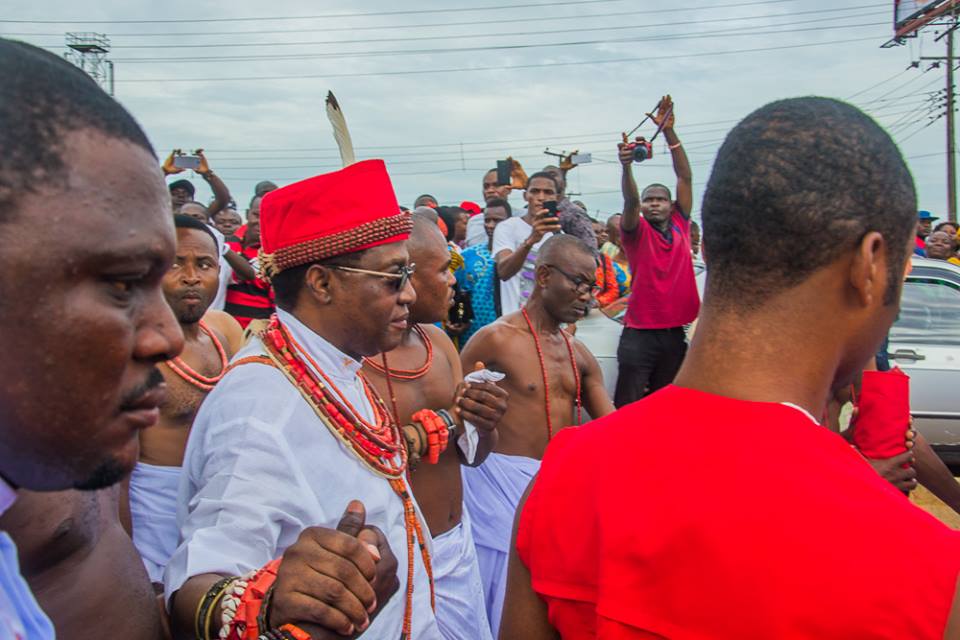 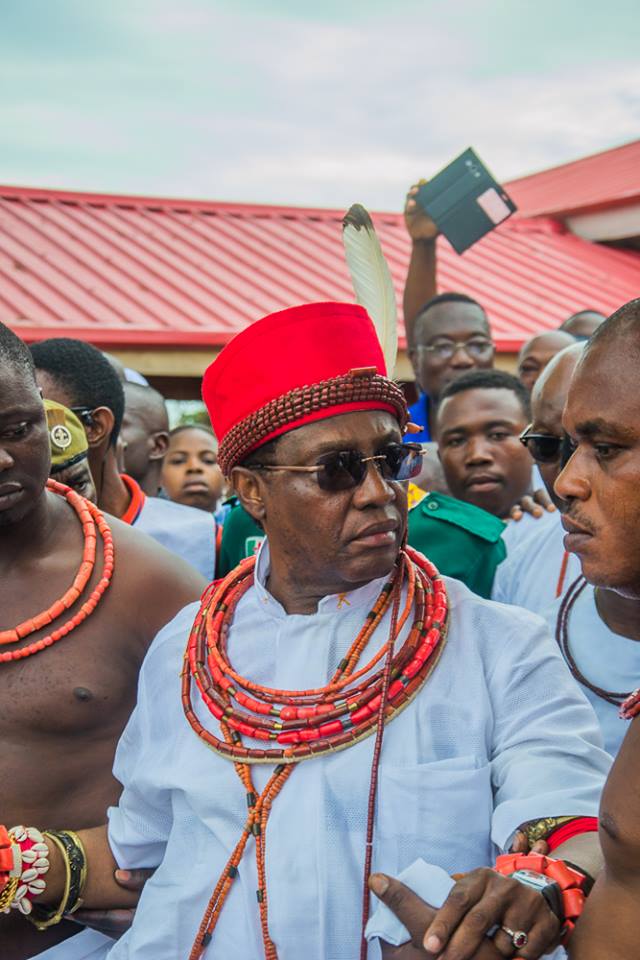 On the way he stops at the historical palm tree named “Udin Aimamienso Aimiuwa” (translated to mean “No pain, No gain”) which the Edaiken “climbs” symbolically. 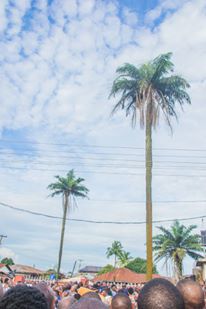 This little ceremony dates its origin to the time of Oba Ewuare the Great, whose life as heir apparent to the throne was characterized by long suffering which included periods when he personally had to climb palm trees on this spot to cut the fruits for a living. This act of suffering by the father of the first Edaiken has since been re-enacted in a symbolic way by every Edaiken.

From the palm tree, the Edaiken continues his journey to Benin City; but at the first moat called (Iya-akpan), the Uselu chiefs in the procession take leave of the Edaiken and return to Uselu while the Edaiken is thereafter escorted into the City by Oredo Chiefs.

The Edaiken enters the City via Iguisi (now Lagos Street) and Proceeds to Eko-Ohae (bachelor’s camp) where he stays for three days. After three days at Eko-Ohae, the Edaiken continues his journey to Usama, the venue of the traditional Coronation rites.

Usama was the site where Oromiyan, the father of Eweka I, built the first Palace and all succeeding Obas from Eweka I lived and were crowned there, until Oba Ewedo in the 13th century moved the palace to the present site in the center of the town.

The Edaiken remains in Usama for 7 days performing all the rituals and ceremonies of the Oba. Before the expiration of 7 days, he visits a village a few kilometers outside Benin, where he performs the ceremony for choosing the name he will answer as the Oba of Benin. 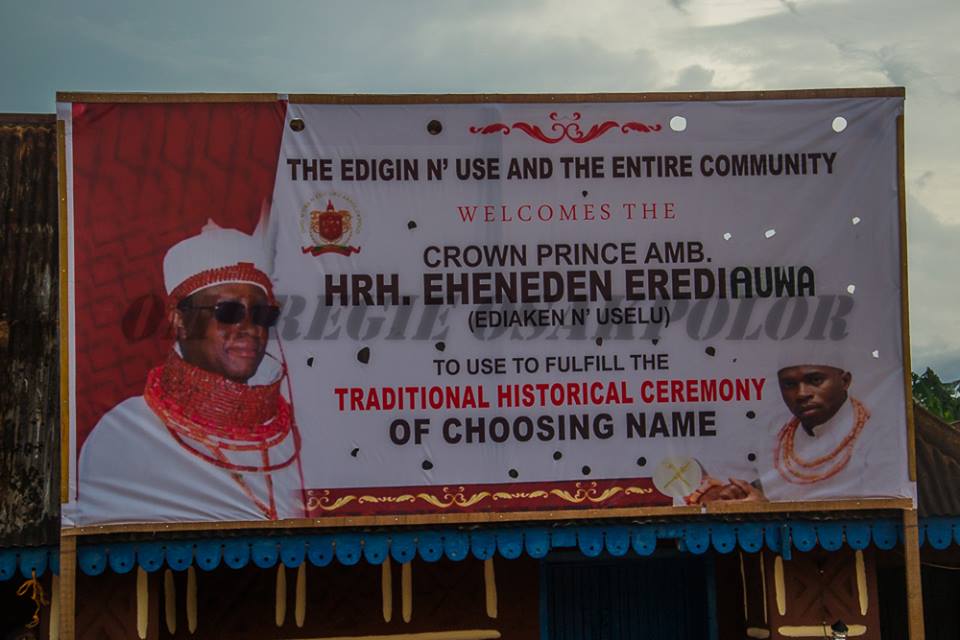 Having picked a name at ‘Use’, the Edaiken returns to Usama where the crowning ceremony is performed by Oliha, the leader of the Uzama and proclaims Edaiken in his newly acquired name as the Oba of Benin.

It is significant to note that until the ceremony at ‘Use’, the Edaiken is unaware of the name he is going to be crowned with. From this moment also the Edaiken ceases to use his personal names and he is henceforth known by the new name.

After the crowning ceremony the new Oba then leaves Usama on the 7th day for the town center to be proclaimed and presented to Benin people.

On his way to the City he stops at Isekherhe to perform the ceremonial crossing of a bridge, a reminder of the day Oba Ewedo on a similar journey erected a bridge to enable him pass Isekherhe territory without stepping on the ground. 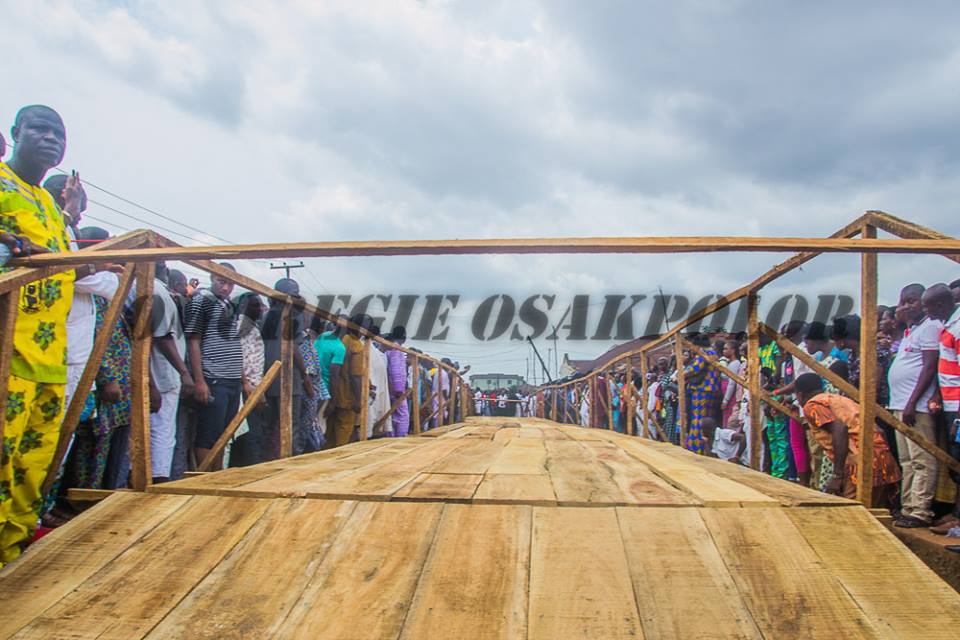 Urho-Okpota (the gate of Okpota) dates its existence to the era of Oba Ozolua about 15th century, and it is the area now known as “Ring Road” Including where Exhibition centre and the Local Government Secretariat now stand.

Okpota was a powerful native doctor who prepared a charm of good luck for the Oba. It is said that the charm which was buried at the gate of the Palace brought prosperity to the Kingdom.

The new Oba then moves into the palace as the Oba of Benin. But he still has Ogiamien’s challenge to meet and so 7 days after, he assembles his troops and proceeds to Ekiokpagha where he engages in a mock battle with Ogiamien, a reminder of the real battle between Oba Ewedo and Ogiamien in the 13th century when the latter attempted to prevent the former from entering the city from Usama. By the treaty between the two, Ogiamien surrendered his claim to the ownership of land to the Oba.

The Great Benin Empire now has a new king, Oba Ewaure II. May his reign bring peace and progress to his people. 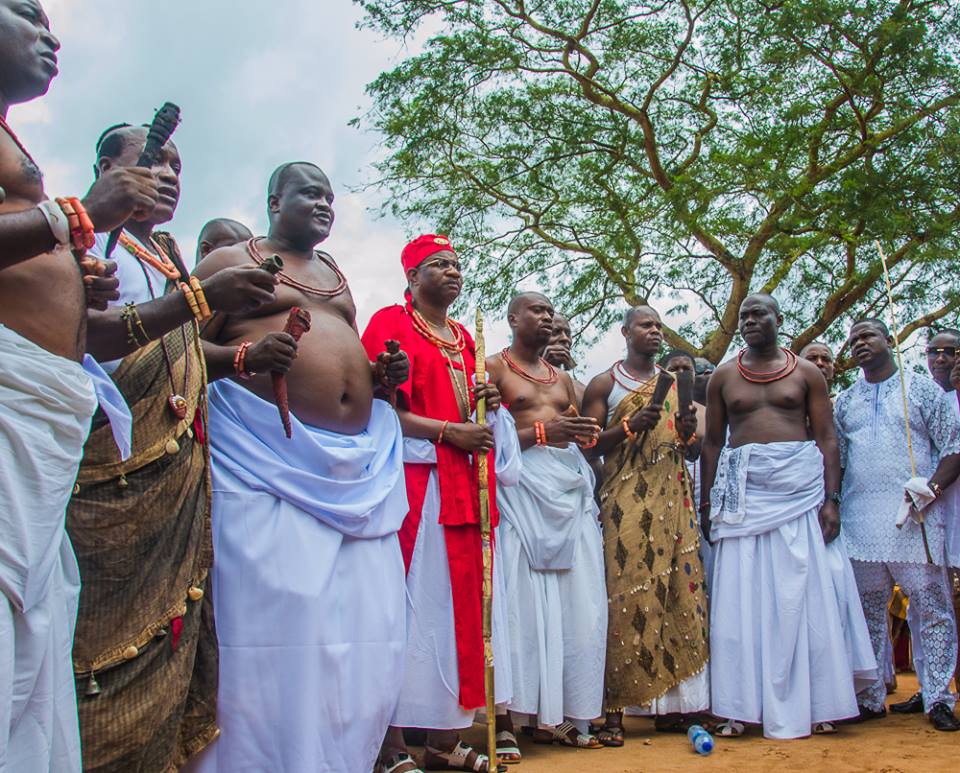 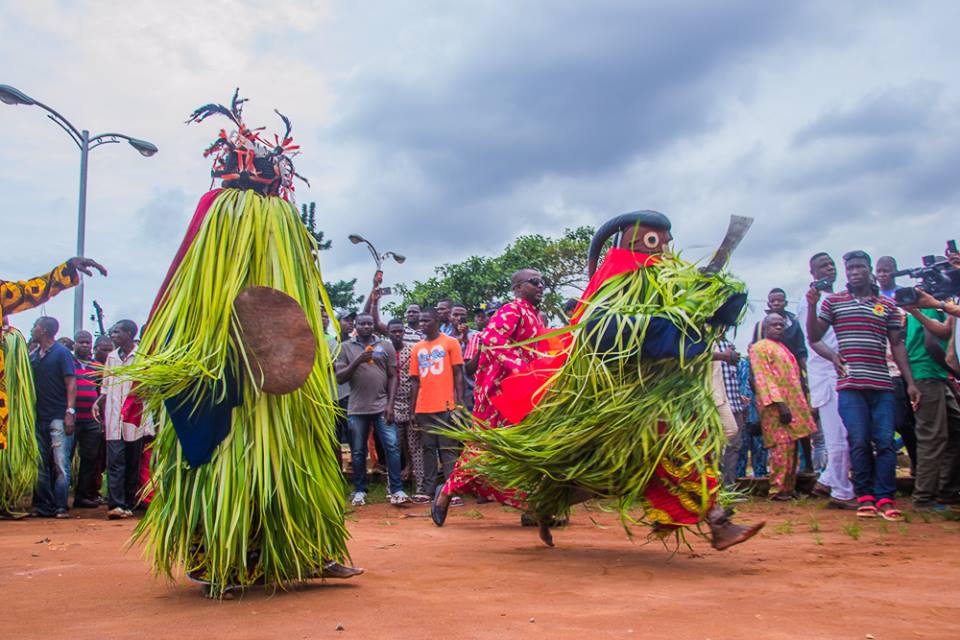 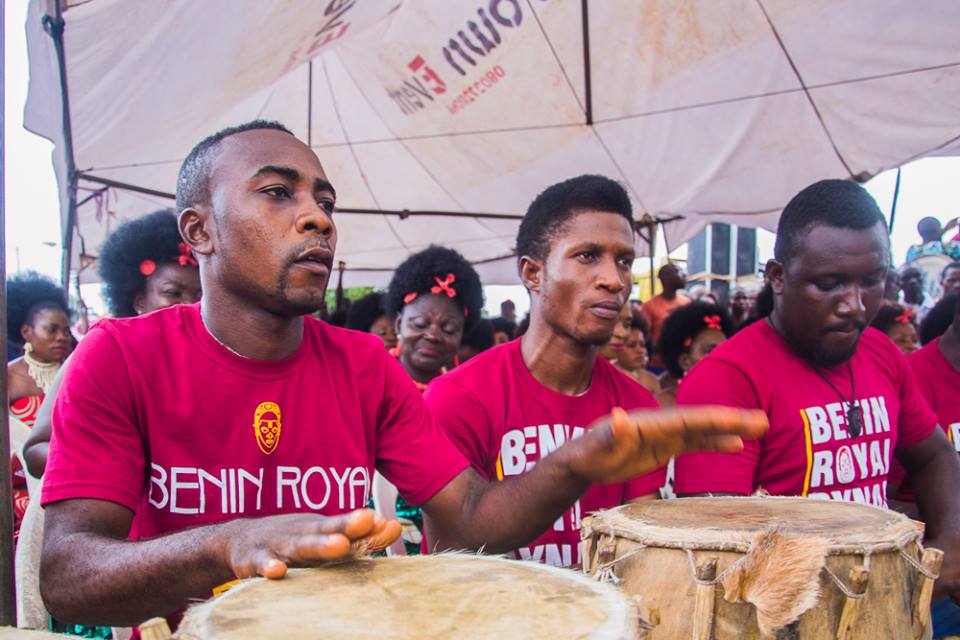 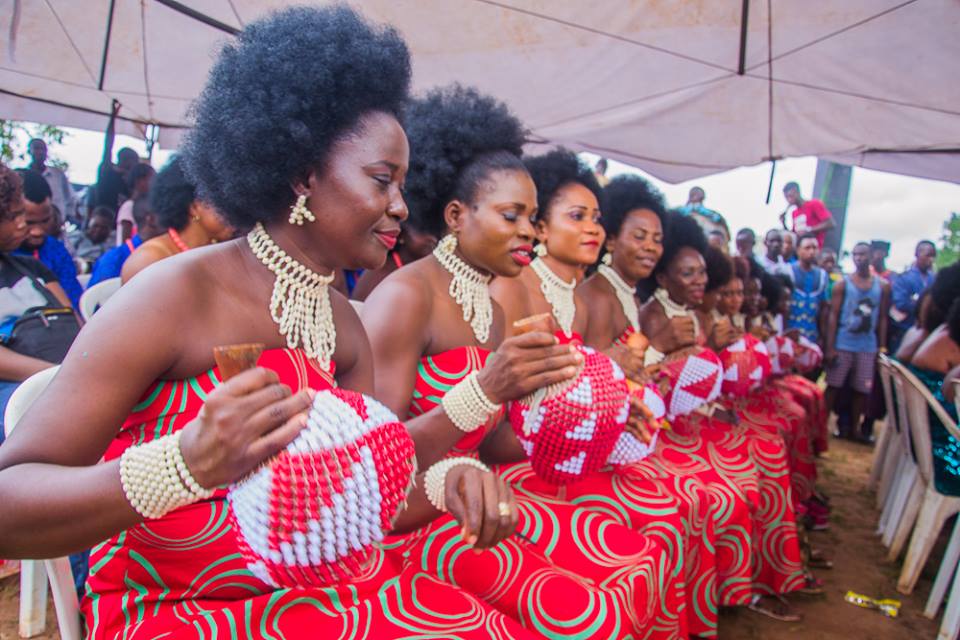 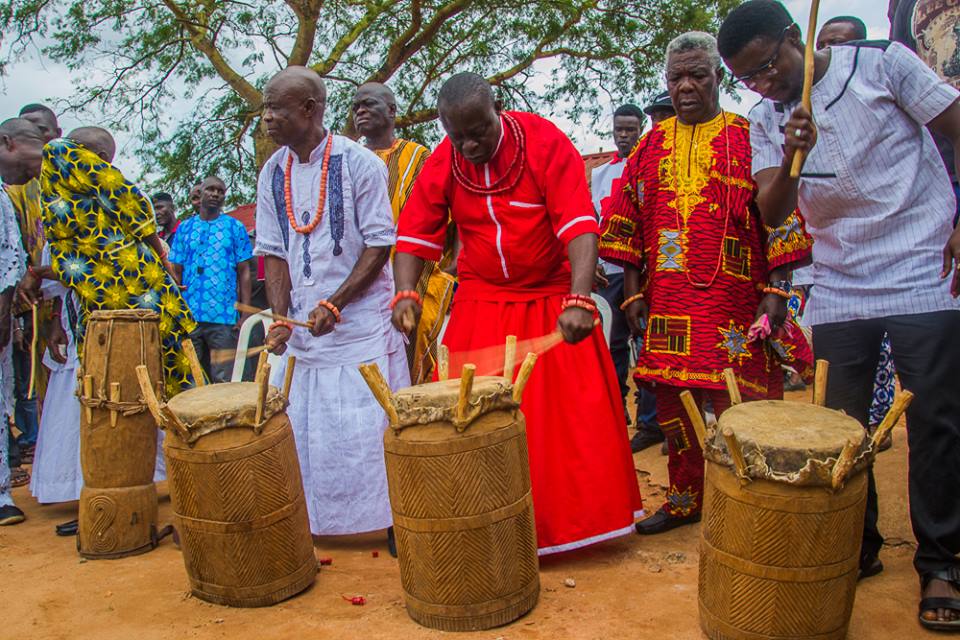 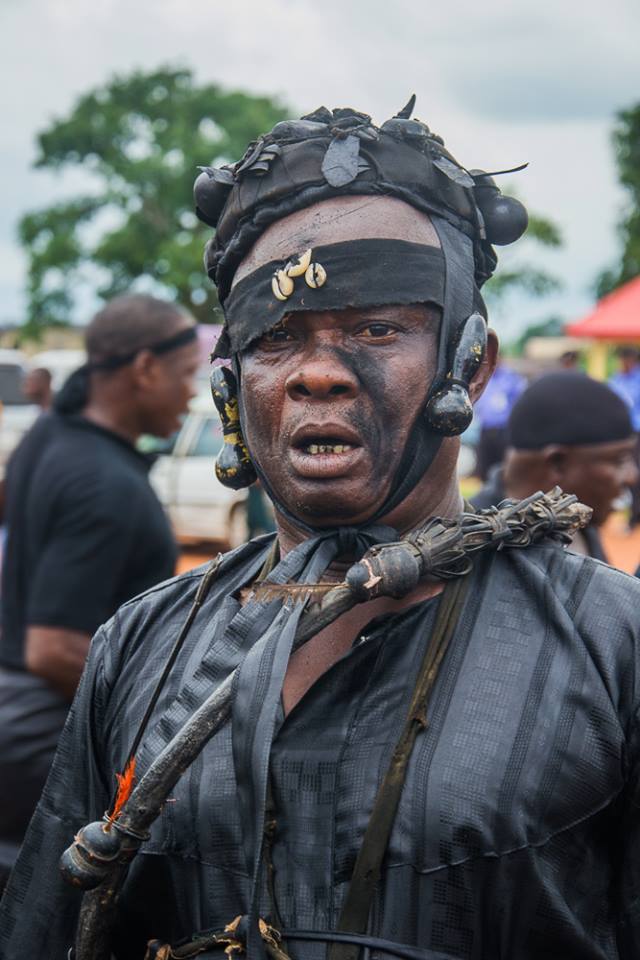 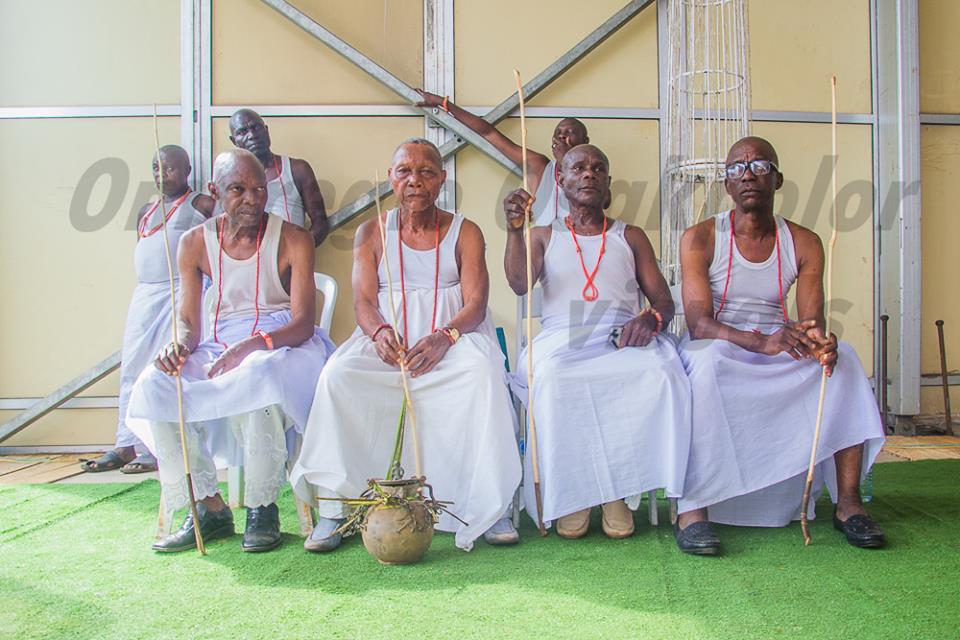 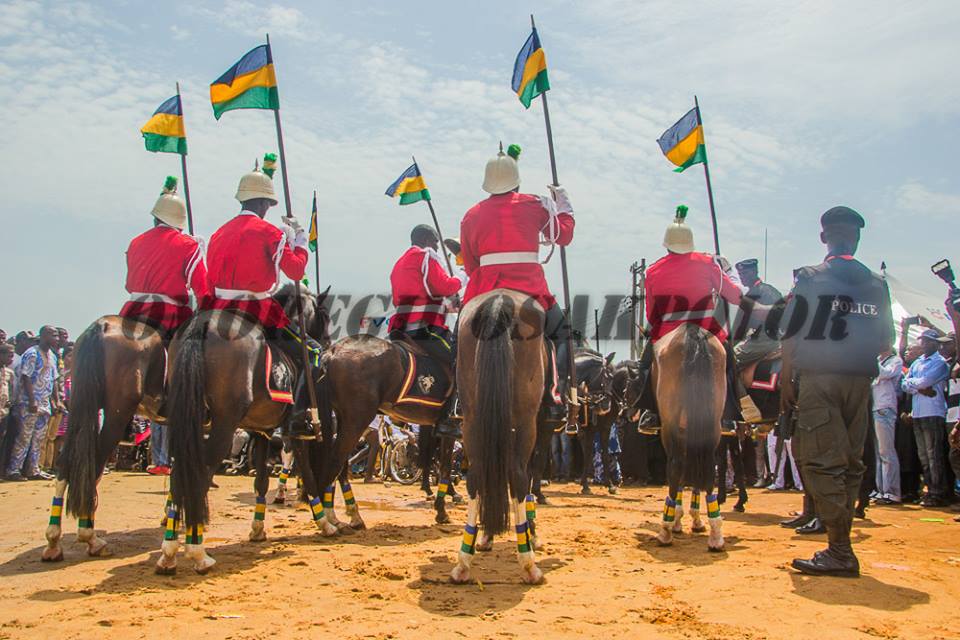 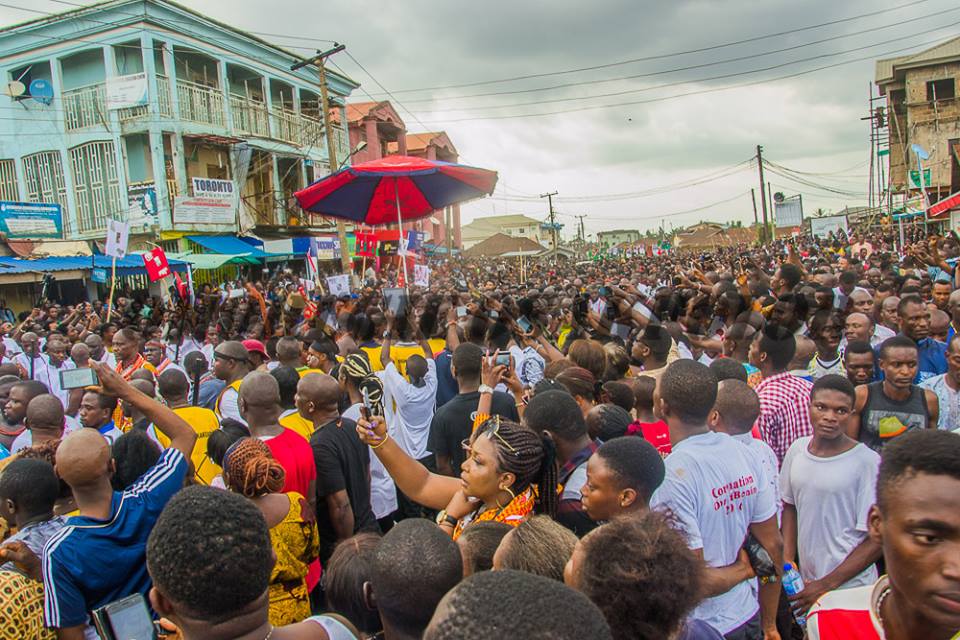 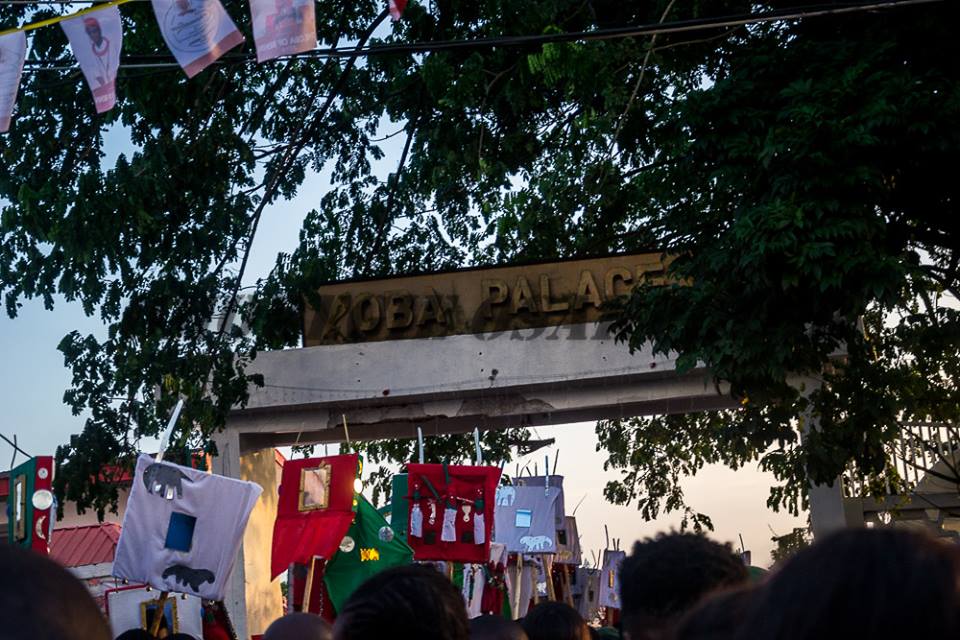 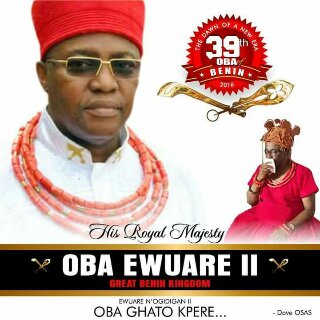 Bali is fast becoming the choice holiday destination in Southeast Asia. The island is home to an ancient …
Read More

Don’t we just love Dubai? Rose shares her Dubai Vacation Story when she explored this magnificent city with …
Read More