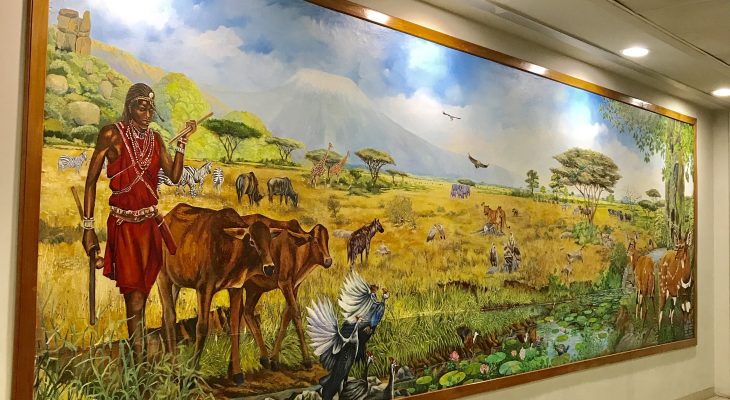 Kenya is widely reputed to have some of the best wildlife sanctuaries on the continent. As the yuletide season approaches, if you are planning to take a trip to the bubbling east African country, this article is geared to give you a rundown of essential facts and information about what to expect. From the iconic game reserves of Maasai Mara, Amboseli National Park and both East and West Tsavo, Kenya is replete with multitudes of spectacular natural wonders to whet your touristy palate.

Located in East Africa, Kenya is sandwiched in between Somalia to the north and Tanzania to the south. It shares a common, contiguous border with southern Sudan, Ugandan, and Ethiopia, and also shares a border with the Atlantic Ocean.

The capital of Kenya is Nairobi, one of the most bustling and vibrant cities in East Africa. It is the cultural and economic hub of the country and is located in the south-central part of the country.

There are two official languages in Kenya: English and Swahili. Of these, the latter is the most widely spoken language in the country, although a vast majority of Kenyans also speak other indigenous languages as their mother tongue.

About 83% of Kenyans are Christians, making it the largest religion in the country. Most of the Christians are of the protestant denomination. Around 11% of Kenyans identify as Muslims.

Kenya uses the Kenyan shilling as its national currency. For an accurate exchange rate, please use the online converter.

When to visit Kenya largely depends on what you want to go and do in the country. For those interested in going for safari, the long dry season, which begins from June to October, is the ideal time to plan your visit. This time offers the best wildlife sighting experience. For those who are keen to watch the herds of the Great Migration crossing the Mara River, August is the best time to plan your trip.

The dry seasons are the best times to plan visits to the coast or for hikers and backpackers who wish to scale Mount Kenya, while the short rainy season, from late October to November, is ideal for birdwatchers, who seek to catch a glimpse of the exciting migrant species from Europe and Asia.

Touted as one of the most iconic of Kenya’s game reserves, the Maasai Mara Game Reserve is home to the Big Five, as well as other predators, including lions, cheetahs, and leopards. The game reserve also plays host to the Great Migration, of wildebeest and zebra from August to November.

The second tallest mountain in Africa (after Mount Kilimanjaro) is where Kenya takes its name. It is part of a UNESCO-recognised national park in the middle of the country and has three peaks. Out of these, two can only be scaled with the help of technical training and specialised equipment. The third is fit for amateur climbers.

Located off Kenya’s northern coast, Lamu Island is a laid-back, serene location for history aficionados and beach lovers. Lamu Old Town is a UNESCO World Heritage Site, in part due to its colonial and Swahili architecture. Other interests include snorkelling, swimming with dolphins, and scuba diving.

Even though the vast majority of visitors only transit through Nairobi, there is more to the Kenyan capital than its world-class airport. While there, you can spot lions and rhinos in the Nairobi National park, see the Giraffe Centre, the Karen Blixen Museum, and several genuine craft markets.

Johannesburg has been ranked the most popular destination city in Africa for the fourth year, according to the …
Read More