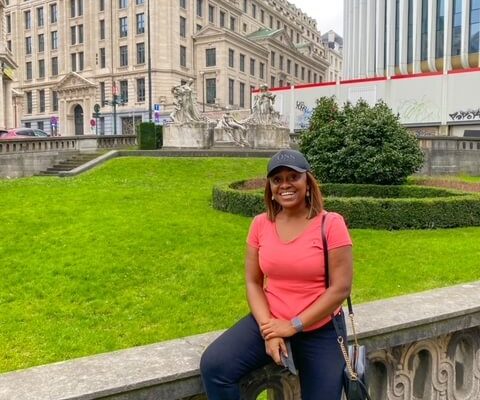 Brussels may not be the ideal holiday destination. Nevertheless, it is a destination most travellers make a quick stop at due to its strategic location and connection to other EU destinations.

I travelled on the Thalys high-speed train from Paris Gare du Nord station to Brussels-Zuid. The journey time was 1:28 hrs.

I didn’t want to miss the best of Brussels, so I opted for a walking tour with a local guide. Note that you can find these tours at Grand Place, one of the most notable landmarks in the city.

Here are a few interesting facts about Brussels, Belgium:

1) Brussels is the political capital of Europe. It is the seat of the European Union.
2) There are 3 official languages in Belgium. Belgium has an interesting mix of Dutch, French, and Flemish cultures.
3) Just like African folktales, stories of Belgium and its history are a mix of humour and make-believe. Belgians live and let live.
4) Brussels is a major producer of beer, waffles, and chocolate. 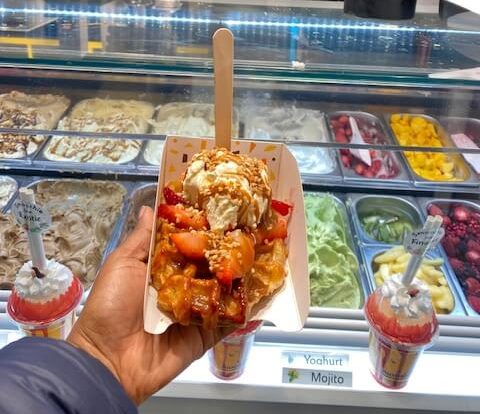 5) Manneken Pis, a statue of a peeing boy is one of the most famous landmarks in Brussels. It is only 61 cm tall.
The statue has been repeatedly stolen and saved many times. It is usually dressed in different costumes for special occasions. It has a wardrobe with over 800 costumes including expensive outfits gifted by notable leaders.
I have also shared a travel vlog of this experience on my YouTube channel.
Tags
Belgian beerBelgian waffleBelgiumBrussels-ZuidManneken PisParis Gare du Nord stationParis to Brussels
Share This Story
Share Tweet Share

While travel is a physical venture, you can also travel on the pages of books. Reading travel-related books …
Read More

Set in the heart of Rwanda’s geographic centre and enmeshed between rolling hills, several valleys, and ridges bounded …
Read More