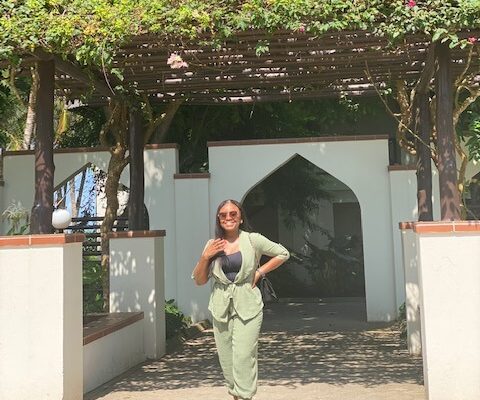 Gabon is a Central African Country sandwiched between Equatorial Guinea and Cameroon to the north, the Republic of Congo on its eastern flank, and the Atlantic Ocean to the west. It is a big country, about 270,000 Square Kilometres in size with a population of just a little over two million people.

Gabon derived its name from Gabao, the Portuguese term for cloak. It has one of the highest Human Development Index as well as the 4th highest GDP in Central Africa. It is one of the most prosperous countries in Sub-Saharan Africa.

Although its oil revenues are dwindling, the country is endowed with many natural resources including Uranium, gold, magnesium, timber, and Iron.

The Capital, Libreville is also the largest city. French is the official language in Gabon.

Good dining options abound in Libreville, eating out is enjoyable as many interesting establishments serve a variety of cuisines ranging from traditional dishes to continental-inspired dishes. While eating out in Libreville you might want to explore seafood. Fish comes as an accompaniment to nearly all dishes in Libreville. A reason being that Gabon has an expansive shoreline on the Atlantic ocean.

There are many fishing markets and joints across Libreville, Gabon. A typical fishing joint is a bubbling place with tourists from different countries seated around tables and feasting on trays of sizzling giant-sized roasted fish. Although there are many species of fish available, Tilapia is the commonest species served at the joints.

The fish business, which provides direct employment for hundreds of the citizens also provide indirect employment for thousands of others including drink sellers, souvenir merchants, taxi drivers, recharge card sellers, etc. There are several fish joints dotted across the capital, playing host to people who travel from far-flung places for tourism in the country.

No visit is complete without savouring the fish delicacies of Libreville Gabon.

Gabon is a country located on the equator and the Western Coast of Central Africa. With a population …
Read More