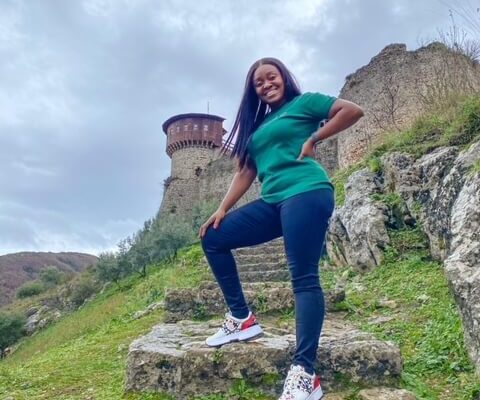 The world is a vast place with a legion of interesting places to visit. There are sights and sounds to explore and knowledge to be gained. Here are some fun facts you should know about traveling the world.

1. France is the most popular country among tourists

France is the most visited country in the world with 89 million tourists visiting it in 2017. The saying “See Paris and die” appears to be true.  In 2019, Paris was visited by 30 million tourists. However, not all of these tourists are foreigners. Many local French prefer going to the French sea or spending holidays in the French mountains over traveling abroad.

2. Las Vegas holds the record as the city with the highest number of hotel rooms in the world

It will take you 288 years if you decide to spend only one night in every hotel room in Las Vegas. Las Vegas is the royal-city of hotels as 15 of the world’s top 25 hotels are located there. In the mid-1970’s Las Vegas counted about 35,000 hotel rooms. According to data, today, there are almost 150,000 hotel rooms and their occupancy is close to 90%.

No major European tourist destination has seen a bigger tourist inflow this decade than Greece. This beautiful country was reported to have welcomed 32 million foreign travelers in 2018. The numbers increased from just 6.2 million in 1998 and 15 million in 2010. Tourism is the bright spot in Greece’s economy. Also, it has helped the great number of residents to make a living.

4. The Pilot and co-pilot of a plane should eat different meals so as not to upset their stomachs at the same time

The safety of a plane’s passengers depends on a calm and flawless flight. In order to make the trip as smooth as possible, the flight staff sticks to some rules, requirements, and recommendations. One of such rules is that the pilot and his assistant won’t eat the same meal while on the job. There is a reason for this rule: if there’s something wrong with the food and one of the pilots gets food poisoning, the partner would take control over the plane. It’s however extremely rare for the two people in the cockpit to feel sick because of the food at the same time.

5. There are more than 850 languages in New Guinea

There are nearly 850 languages spoken in New Guinea despite the four adopted official languages (English, Tok Pisin, Hiri Motu, and sign language). This fact makes Guinea the most linguistically diverse place on the planet.

6. Germany’s Autobahn is made for high-speed lovers

If you are an adventurous and speed-craving tourist, Germany is a paradise for you as it is famous for the Autobahn. However, the opinion that you can drive there as fast as you want is not completely true. There are areas and sections which have a restricted speed limit. Nevertheless, you’ll still be able to get from point A to point much faster than in any other country.

7. Monaco is the second smallest country in the world

Monaco’s total area is 2 square kilometers. It is even smaller than Central Park in New York City. The country has a population of 37, 800 people, and only 26.1% of them are native Monégasques. Despite this tiny population, it is a haven for tourists with its casinos, museums, beaches, and tax-free policy. Also, this micro-state is among the countries which have the lowest crime rates in the world.

8. Travelling is not always expensive.

A lot of people think that traveling is expensive and thus the only thing that’s holding them back is money. It is a common misconception because, in reality, you don’t have to be rich to travel. Just seek affordable destinations and don’t be too picky. Stay in low-cost hotels or travel with a tent. Choose cheaper means of transport even if it’ll make you travel slower. You can travel the world on a low budget.

9. You can find a free wine fountain in a small town in Italy

The Cammino di San Tommaso is a pilgrimage trail in the small town of Ortona in Italy. There’s a free wine fountain at the end of the trail. It is provided by Dora Sarchese Vineyard and made totally available for tourists from all over the world 24/7. You are free to taste the locally produced wine at no cost and enjoy the beautiful sights of Italy.

There is to be expected because, nowadays, travelling is becoming very popular and affordable. People want to explore and discover new places, countries, and cultures. Travelling helps you boost your health, level of happiness, and rest from everything you left behind.

As you travel and explore the world you will discover more fun facts about the world. Do you have some facts about travelling the world? Share with us.

Head to Bali in January The crowd in Bali thins out after the new year, making accommodation easier …
Read More

Located in East Africa, Addis Ababa is the capital of Ethiopia. The land where the Great River Nile runs. …
Read More

Just like Brazil, Cuba has its own sculpture representing Jesus of Nazareth on a hilltop overlooking the bay …
Read More