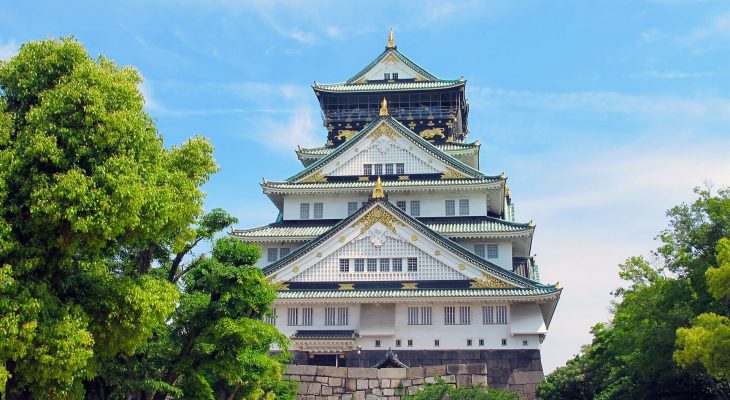 Osaka located on the island of Honshu is one of the major cities in Japan and is the second-largest metropolitan area in the country. It is well worth a visit if you are planning a tour of Japan.

If you ask many locals they will tell you that Osaka is one of the most laid-back cities in the country. The people there are known for their warm hospitality, which means that you will have the chance to learn all about Japanese culture.

What You Should Know Before Traveling To Japan

If you are a foodie then you will also be in luck in Osaka which is said to have one of the best food scenes in all of Japan. To add to this, you can explore museums, galleries, and amusement parks all over the city. Osaka is one part of Japan that you definitely won’t want to miss. Here are the 7 best things to do in Osaka.

Similarly, as with the case with many castles in Japan, it was destroyed. The structure that stands now was built in 193 and has also been renovated over the years.

Despite the fact that the castle is no longer the original, it is still one of the most impressive buildings in Osaka and is located in the middle of a leafy park and is encircled by a charming moat.

Once inside the castle, you can check out a selection of weaponry as well as artwork and there is also an observation deck on the 8th floor where you can take in panoramic views over the adjacent park and wider Osaka.

If you want to learn more about traditional art in Osaka then consider a trip to Kamigata Ukiyoe Museum where you can learn all about the art of ukiyo-e which is a kind of Japanese print.

The prints are made using blocks of wood and the museum itself is styled on a traditional Japanese house.

Anyone who likes artwork should definitely not miss this off the itinerary as it gives you an insight into one of the less well-known handicrafts in Japan.

One of the best museums in Osaka is said to be the Osaka Museum of Housing and Living which is an open-air museum covered in models of houses and traditional buildings.

There are a huge number of replicas of structures that would have stood in Osaka in the Edo Period from the 17th to the 19th century. This is the ideal place to come if you want to get a glimpse of how people would have lived in Osaka in past centuries.

To really get into the spirit of things you can even dress up in period garb and walk around the complex dressed in a traditional Japanese outfit like a kimono.

Sumiyoshi Shrine has the claim to fame of being one of the oldest Shinto shrines not only in Osaka but also in wider Japan.

The shrine was built over 1,800 years ago and it is said to be one of the prettiest Shinto shrines of its kind thanks to its ornate architecture and dainty design features.

As well as the actual shrine, you will also find a park here which features a bridge that stretches over a glassy pond.

The Umeda Sky Building is one of the main landmarks in Osaka and you can see it from all over town.

The building soars to a height of 173 meters and it has an observatory which is located on the 39th floor which is known as the Garden Observatory.

This is one of the famous floating gardens for which Japan is well known. You can come here to check out this hanging garden which is filled with local flowers and plants.

Osaka is widely considered as being something of a food paradise in Japan. So if you like to eat then you have come to the right place for exquisite meals! Some of the highlights here include the Okonomiyaki which is a kind of pancake made from shredded cabbage loaded with a range of toppings. There’s also battera which is a style of sushi which features mackerel compressed with rice in a wooden box.

You can also try the kushikatsu which consists of skewers which feature different ingredients such as meat and vegetables deep-fried in breadcrumbs. Kuidaore is a local saying that sums up the food mentality in Osaka. It simply means ‘Eat until you drop’. All over the city, you’ll find great restaurants, from high-end dining to traditional and cheap street stalls.

One of the most iconic sights in Osaka is The Tempozan Ferris Wheel which is located on the edge of the scenic Osaka Bay.

At one time this would have been the tallest Ferris wheel of its kind in the world. The main attraction here is the chance to take a spin on the wheel and check out the pretty sights across the city.

The wheel is illuminated at night so if possible try to come here in the evening and enjoy the nighttime views of Osaka.

Universal Studios Japan is one of the most important theme parks in the country after Disneyland in Tokyo. It is also the second-largest in Japan.

As you would expect, this is similar to Universal Studios in the United States. You can come here to check out everything related to your favorite films.

However, one thing to note is that there is obviously more of a Japanese twist here, so expect to see a range of local characters as well.

Osaka is indeed a great city to explore.

Is Japan top on your bucket list? Whether you are visiting Japan for the first time or not, …
Read More