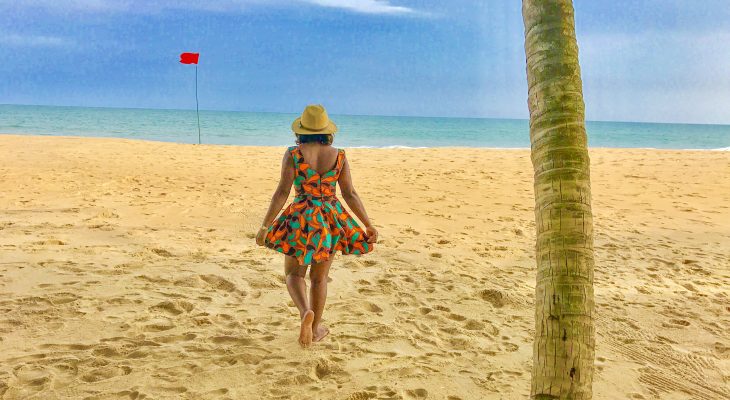 There are lots of myths and misconceptions about Africa, especially in the western world. The continent is often portrayed in negative light resulting in people having a negative impression of Africa. Travellers and tourists are discouraged from exploring the continent based on the strength of these misconceptions. But the reality is that Africa is quite different. It is an incredible continent with varied cultures, landscapes, and unique activities.

1. “Africa is just one big country”

Africa is thought of as a single place in the media and pop culture. This is not true. Africa is a continent with 54 countries, thousands of cultures and languages, and divergent landscapes. The largest desert in the world, the Sahara desert is in Africa and the highest free-standing mountain in the world (Kilimanjaro) is in Africa. So if you are visiting Africa for the first time, you will be arriving at one of the 54 countries.

There’s so much diversity in Africa.

The mental image of Africa that most people have is that of a place teeming with conflict and danger at every corner. Although it is true that some parts of Africa are very dangerous to travel through right now, there are countries that are very safe. According to the Institute of Economics and Peace, Botswana, Namibia, Zambia, Ghana, Madagascar, Sierra Leone, Tanzania, etc are all safer than the United States.

3. “Travelling through Africa is expensive”

Most people assume that it is expensive to travel to Africa because they believe that Safaris are the only things worth seeing in Africa. No doubt, airfares to most countries within the continent may be pricey. Nevertheless, hotel accommodation, local transportation, feeding, and other activities are quite affordable in most African countries.

4. “Africa is dirty and underdeveloped”

Rwanda is very clean with zero trash, Botswana, Ivory Coast, Ethiopia are quickly developing and coming out of poverty. There are skyscrapers littered across Africa’s skylines, there are sprawling mansions, internet access is fast and affordable, vast networks of good roads exist, latest gadgets and high-end devices are in use. The notion that the majority of African countries are barely developed and poor backwaters are very far from the current reality.

5. “Volunteer work and safari seeing are the only things you do in Africa”

The perception that you only come to Africa to give aid and to see the safari is amusing. You can be forgiven for holding such an assumption because a lot of volunteers from the West visit Africa every year. In 2014, South Africa alone welcomed 2.2 million volunteers.

Apart from the safari, there are many other things to do and experience when visiting Africa as a tourist. There’s backpacking trail in Africa like in Europe. You can tour the Pyramids of Giza in Egypt, lazy away on the famous beaches of the Zanzibar, climb the Kilimanjaro in Tanzania, explore the ancient cities of Marrakech and Timbuktu, scuba dive in Mozambique, explore South Africa, go bungee jumping at Victoria falls in Zambia, etc.

6. “Africa is full of Diseases”

Ebola, Malaria, HIV-Aids are the diseases that are often said to be endemic in Africa. While these continue to pose challenges, there are measures that have been put in place to reduce the spread. The degree of incidence has reduced. Cases of malaria on the continent have dropped an estimated 88%, thanks to an increase of insecticide and mosquito nets. The infection rate of HIV has fallen and in some parts of Africa.

7. “Travelling alone is a bad idea”

If you tell anybody in the west that you want to travel alone to Africa, you will be met with horrified reactions due to all the perceptions about Africa. Travelling solo in Africa is just like anywhere else. You definitely have to exercise common sense and take some safety precautions like, not walking alone at night, not get too intoxicated, remain aware of your surroundings and trust your intuition. The locals would be willing to take you under their wings and make your stay pleasant.

Africa has so much to offer, although the media portrayal of the continent is negative, Africa is, in reality, a wonderful place to travel through with experiences you can’t have elsewhere.  Africa offers friendliness, warmth, and adventures.

The Zanzibar Archipelago, located in the Indian Ocean is a perfect choice for a romantic getaway. Zanzibar is a …
Read More

When I landed Kigali City the capital of Rwanda, it was love at first sight. I had a …
Read More