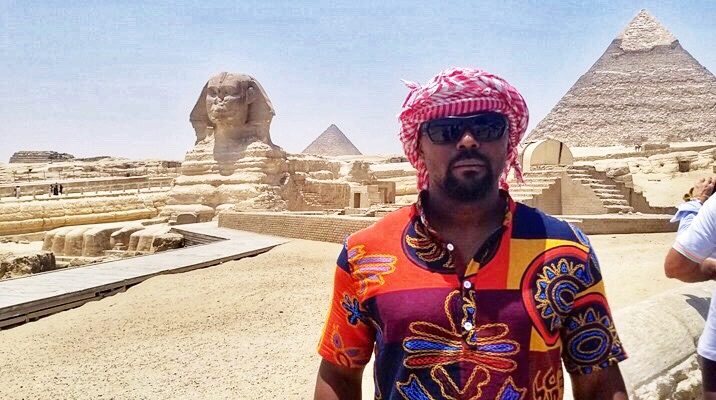 North Africa is home to an exotic array of exciting places and sites that can make your visit a truly amazing one. If you are planning a trip to the region, this article is here to make things simpler for you by giving you a list of the top 10 destinations you can explore in the region. From the ski slopes of Morocco to Egypt’s underwater reefs, from the breath-taking scenery of the Sahara Desert to the treasure troves of ancient Egypt, the list is endless.

Wherever your trip takes you to in the region, explore the following ten iconic North African destinations:

1. The Pyramids of Giza, Egypt

A trip to North Africa will never be complete if you are not planning to see the iconic ancient Pyramids of Giza in Egypt. Located just outside Cairo, the site comprises three different pyramids and is one of the original Seven Wonders of the Ancient World and the only surviving one.

In front of the pyramids lies the great Sphinx, a large cat-like statue carved out of a giant block of stone. If you are a fan of pyramids and want to see more, then you should plan a trip to the ancient city of Meroë in Sudan.

Snuggling up to the Atlas Mountains is the Moroccan city of Marrakesh, one of the four imperial cities in this oil-rich North African country. A bustling metropolis, sprawling with narrow streets, boisterous hawkers, and a motley collection of sounds and smells. It is also one of the most fascinating cities in North Africa. Visitors who throng the city visit in search of the ancient medina, or to sample real and authentic Moroccan dishes in the central square, Djemma El-Fna.

Built on the grounds of the ancient city of Thebes, once considered one of the richest cities in ancient Egypt, Luxor has a spectacular temple, as well as series of fascinating museums. Just a little distance from it is the site of Karnak, once the most important place of worship for ancient Egyptians.

At Luxor, you will find a spectacular complex of sanctuaries, kiosks, pylons, and obelisks, all of them dedicated to the Theban god. Just across the Nile are the burial grounds of the royals, called The Valley of the Kings and the Valley of the Queens. It is where you will find the tomb of Tutankhamun.

Often regarded as the most complex of all the medieval cities of the Arab world, Fes is a strange but fascinating mix of Middle Ages meets the modern world. It served as the capital of the kingdom of morocco for more than 400 years and is still currently considered as the religious and cultural capital of the country.

Other key places within the city include the Merenid Tombs, the Royal Palace, and the Mellah or Jewish Quarter. Since the city is less touristy, visitors will find it more authentic than Marrakesh.

For those adventurous ones keen on trekking, the Atlas Mountains are a prime destination. Situated in the High Atlas Mountains, Jebel Toubkal is North Africa’s highest peak at 13,667 feet/ 4,167 meters. It is a daunting trek but is worth the effort for those who dare to try. While it is possible you can make it to the summit in a day and be back in the town of Imlil, it is usually advisable you take at least three days to get yourself acclimatized to the climate and enjoy the scenery while at it.

For skiing and snowboarding enthusiasts, head to the nearby Oukaïmeden ski resort for a truly outdoor experience.

There you are with a list of the top five spots to visit in North Africa. We hope you are already making plans to visit any of these places in the coming weeks and months, especially as the yuletide season approaches. Let us know your thoughts in the comments section below.