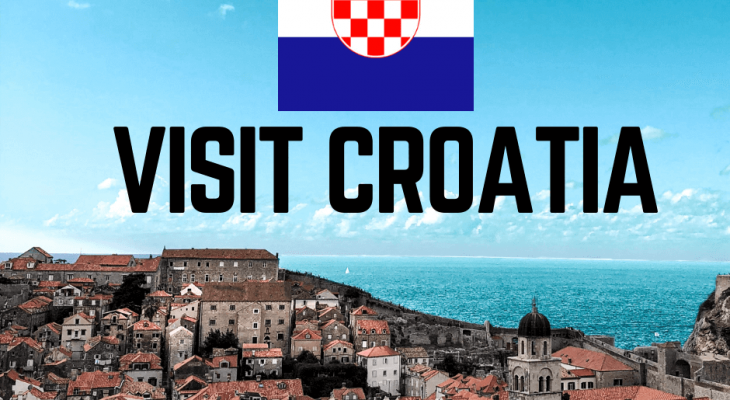 Croatia is a country in Southeast Europe with a population of about 4.2 million people, the majority of whom are Roman Catholics living in hot beautiful towns and calm pleasant villages. You can easily visit Croatia from the majority of European countries. Croatia’s appeal is universal, offering affordable food, drinks, and accommodation.

Are you looking for scenic mountains to hike, unique beaches to relax on or great background for your selfies? Croatia has it all. Here are the 10 best places to visit.

The Croatian capital, Zagreb has got plenty of culture on offer. Its thriving street art and foodie scene makes it perfect for a city break. The Museum of Broken Relationships (a curated exhibition of leftover items from real relationships) should be on your list, as should many visits to the city’s littering of affordable yet upmarket street-food joints.

If you’re interested in scenic spots, then Croatia’s second-largest city certainly has the wow factor. Diocletian’s Palace, a beautiful UNESCO World Heritage Site and past filming spot for TV’S Game of Thrones would take you down memory lane to the Roman times. Split’s beaches are also famous.  Bacvice (Sandy Split Beach) is known for its beach discos and festivals. Split is the place for history lovers and nature lovers alike.

Croatia’s film credentials don’t stop at Game of Thrones, much of the recent Mamma Mia sequel was filmed in the breathtakingly beautiful Croatian island of Vis. Vis is a relatively untouched tiny Island and is a reasonable two-hour ferry ride from the more popular city of Split. It is popular for its beaches (In 2016 Stinva beach won the best European beach) and vineyards. The Green cave on Vis Island is a stunning tourist site.

Dubrovnik is one of Croatia’s most popular tourist cities. It offers everything: mindblowing history, adventure, and unmissable landscapes. Visiting the majestic city walls or Rector’s Palace, which dates back to the 14th century is akin to a blast from the past. Hop on the cable car or take on kayaking if adventure is your thing, and take a short boat trip to Lokrum Island to witness the picturesque landscapes. TV fans will also love the many Game of Thrones walking tours on offer, which takes you through iconic show locations in Dubrovnik’s old town.

An easy 50-minute ferry ride from Split lies Brat Island, a worthy detour on your itinerary should you want to get off the beaten path. Bol (also one of Europe’s best windsurfing destinations) and Splitska (which only has 400 inhabitants) are two small villages on Brac Island that offer a perfect respite of tranquillity, whilst Skrip’s medieval town centre is full of history.

This national park is actually a group of Islands close to port city Pula in Istria. Depending on the month, entry costs are anywhere from 125-210 Croatian Kuna (between £17-28 pounds), so it’s not exactly cheap; however, it is worth it as it offers the opportunity to explore the stunning scenery, roman ruins and visit animals that inhabit the island. Jurassic Park fans will love the fact you can hire your own golf cart and view real dinosaur footprints too!

The National Park Plitvice Lakes is another of Croatia’s UNESCO World Heritage sites. It is a hiker’s paradise covering a 300 square kilometre area of natural beauty; consisting of woodlands, sixteen different lakes, waterfalls, and animal inhabitants (including deer and bears).

There’s a variety of hiking trails looping around the park that vary from 2-8 hours, so there’s plenty of options depending on how energetic you’re feeling!

Rijeka has recently been announced as 2020’s European Capital of Culture, and for good reason too. It is Croatia’s third-largest city and it serves as the home to Croatia’s National Theatre (which hosts many theatre and opera performances). It also has a vibrant alternative rock scene.

Bisevo is another gorgeous Croatian Island. The Blue Cave has seen tourists flocking to it in the summer months. Located near Mezuporat cove, the ancient 24-meters long cave is special. What makes it so special is that the water lights up into a magical electric blue when the sunlight hits its limestone.

Croatia is appealing and a visit will make you fall in love with the country. Do you plan to visit Croatia soon?

I am not your typical light-packer. I always travel with one carry-on and one checked-in suitcase and then …
Read More

When you have worked hard all through the year, Christmas is usually a perfect time to get a …
Read More